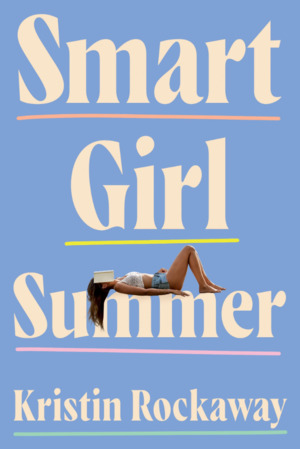 There are two kinds of people in this world: those who believe in treating others with respect and decency, and those who have zero qualms about backstabbing their way to the top. I used to think, perhaps naively, that the former far outnumbered the latter. That while a few snakes would always linger in the grass, most everyone I’d encounter in my day-to-day doings would be conscientious, fair, and trustworthy.

The truth is, you can’t really trust anybody. Integrity’s hard to come by. Honesty’s a myth. And odds are, even the people who are supposed to be on your side care more about protecting the status quo than standing up for what’s right.

It’s enough to make a woman scream obscenities at the top of her lungs. I won’t do that now, of course, because I’m standing in the middle of a crowded subway car and I don’t want to end up on some viral video as the woman who inexplicably flipped out during rush hour. So I swallow my rage, forcing it past the lump in my throat until it settles in the pit of my stomach. It sits there like a bowling ball, hard and heavy, for the entire thirty-five-minute subway ride from Lower Manhattan to Astoria, Queens.

The doors open at Steinway Street, and I step out onto the platform through sheer force of habit, allowing myself to get carried away with the crowd. Up the stairs, through the turnstile, up another flight of stairs, and out onto street level, where the late-afternoon sun makes me squint. Half the city is out enjoying this beautiful summer day. There’s a line for Mahmoud’s food truck, and that trendy new bar with the sidewalk café is packed with smiling patrons. I don’t understand how everyone can be this happy when the world is so profoundly unfair.

With clenched fists, I march down Forty-First Street toward my boxy brick apartment building, silently stewing over the injustice of it all. I’ve worked so hard for so long, poured all my time and my effort into this singular pursuit, only for the fruits of my labor to be shamelessly stolen from me. Nick was my mentor, someone I trusted, and he turned around and stabbed me in the back. The worst part is, he’s getting off scot-free.

There must be some way for me to fight this. Maybe I can file a formal appeal with the dean of the graduate school. I’m sure she’d be horrified to hear about the blatant theft and collusion that’s occurring in the university’s otherwise esteemed physics department.

I stomp up the stairs to my third-story walk-up, each footfall landing heavier than the last. I unlock the front door and storm inside, where Arpita is sitting on the couch, her laptop nestled in the center of her crossed legs. She takes one look at my face and says, “I’m guessing it didn’t go well.”

“No.” I chuck my purse onto the hallway floor with an angry thud. “It did not.”

Reprinted with permission from Montlake. You can learn more about Kristin and her writing here.