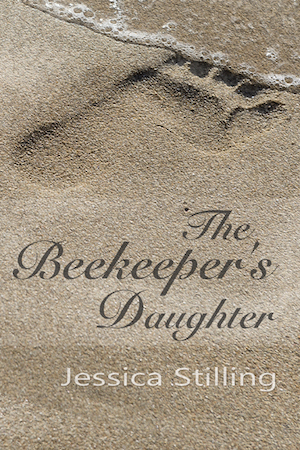 “It is no night to drown in:/A full moon, river lapsing/Black beneath bland mirror-sheen.” I hear Plath again. That poem my mother used to half sing before bed, at the dinner table, any time her mind wandered. I hear it in the back of my mind as I watch the ocean off of Cape Cod and consider swimming too far out. Slipping further, there’s always a moment when I might just drown, just…let it happen.

They let Barry Larsen out of prison last week. It took a while for the letter, an official-looking piece of paper stamped with the crest of the Commonwealth of Massachusetts, to come but I knew he might get parole. It’s only some-of-my-business, maybe, in some circumstances, it’s none-of-my-business and I have tried to keep my distance since we’re still basically strangers.

I remember the day I learned his daughter, Heather, had been killed. It was a week after I’d found out about her affair with my husband. In that time I’d kicked Theo out of our home. I’d tried to ignore Heather, who was one of my English 201: Introduction to Modernism students at the college where I teach. I’d tried to stick my head in the sand I was so angry at the two of them and then I’d found out Heather had died, her cousin had beaten her to death and her father had given him the keys to the warehouse where he did it. After that there was no room for my anger. No room for anything but sorrow and guilt and I kept my distance from Heather and her family, knowing that was what they’d want.

Tonight all I can hear as I stare out at the ocean, at Cape Cod, is this damned Sylvia Plath poetry my mother used to whisper to me when I couldn’t sleep. I look out at the ocean just past the waves breaking. When they’re breaking they might bring you in. It’s when they stop, when they remain calm a long way out, that’s when you know you’ve gone too far. That’s when to worry.

“The blue water-mists dropping/Scrim after scrim like fishnets/Though fishermen are sleeping.”The Lorelei, “Lorelei,” a Sylvia Plath poem I loved as a child because we shared the name. My mother loved the poem as well. She’d been one of those post 70s feminists in the early 80s and my father always said she used to walk around the house on Cape Cod, her belly a great round mound, “like the moon, she used to say, but I think she got that from somewhere,” my father once told me. She’d walk around singing this Plath poem to me. “Lorelei, The Lorelei,” she’d say. “A woman who could control men with a single gaze. She’d just look at them and they’d fall in love with her. Such raw power. A woman needs that.” She was older when she had me, in her late 30s. She was not supposed to be able to get pregnant, she used to say. I was her little miracle, she’d continue on her good days. On her bad days all her words were poison and she’d spit them with such vitriol that it took me into my adulthood to truly come to turns with the things she said.

Reprinted courtesy of Bedazzled Ink Publishing.
To learn more about Jessica and her book, go here.