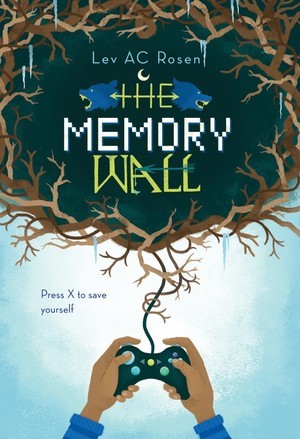 “You should eat, Mom,” Nick says. She turns to him and smiles, then winks, which is a thing she does, and then takes a spoonful. Once, the winks were supposed to be reassuring, like a shared secret, but now Nick doesn’t know what they mean. He looks down at his hands and realizes he’s still holding the game, and for a moment he forgets what’s happening and he wants to sit across from Mom and open it and look at the instruction booklet with her. Mom plays the game, too—well, she played the last one. She won’t be playing this one with him.

“You should eat, too,” Dad says. He’s drinking coffee by the stove.

“I’m not really hungry,” Nick says, and he wants the words to sound cold and mean, but Dad just nods, unaffected, as usual. “I get that,” Dad says. “Me neither.” He pauses and takes off his glasses to polish them and then looks at Mom. Nick looks at Mom, too. Mom looks out the window. The light on her face makes her phantom-pale. “You want to get going, Sophie?”  In the game, there’s this poison—ragebrew. You prick someone with it and they get crazy angry, start attacking everyone in sight. Severkin uses it to cause distractions when he needs to get into well-guarded ruins or private collections, like when he’d liberated the Shield of Chalaak from the hid- den crypt in the Royal Jungles of Aneer. One dose and the guards patrolling the jungle—open only to the royal family— were distracted by one of their colleagues as Severkin leapt from tree to tree, following the directions on an ancient map.

When Dad asks that question, it’s like Nick has been pricked with the poison. He can feel anger as a bright white liquid pouring into his blood and making it fizz. He can’t explain it, but he hates the way Dad asks it like a question. Like there’s a chance of backing out now.

“We’re going to Sunrise House today,” Dad says after Mom doesn’t look at him right away.

Nick realizes he’s holding his breath and clutching the game so tightly it’s sticking to his skin. For a split second he had thought maybe she’d say, “No we’re not, I’ve changed my mind.” But that’s not happening.

He knows the moment it leaves his mouth that it’s a mistake. It’s the same old argument they’ve been having for months, since his parents said Mom would be going to the home. For two years, really, since they sat him down and said, “Mom has early-onset Alzheimer’s.”

“Nick,” Dad says, his drawing out of the i like a warning bell.

Nick’s not blind. He knows Mom has been a little off for the past few years, and she’s had some bad days. But they told him Alzheimer’s meant forgetting things, and he said okay and went upstairs and googled it. Forgetting things apparently meant forgetting everything—also, changes in personality, weird fits, needing to be bathed, cleaned. Mom wasn’t like that. She still isn’t.

Published in the United States of America by Alfred A. Knopf, an imprint of Random House Children’s Books, a division of Penguin Random House LLC, New York.

Reprinted by permission of Alfred A. Knopf.

To learn more about Lev and his book, go here.