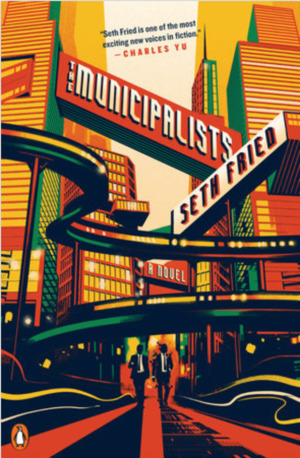 On August 7 of 1904, a flash flood hit the No. 11 Missouri Pacific Flyer as it crossed a trestle bridge on its way to Pueblo, Colorado. A wall of water carried off four of the train’s six cars and the remains of finely dressed men and women were found caked in mud as far as twenty miles away. The superintendent of the train’s dining service was in the forward sleeper when he saw the other cars go down and later offered the following account to the Colorado Springs Gazette: “I have never experienced anything like the awful sensation that came over me when I saw the cars, packed with human beings, floating down that flood. The water surged into the coaches so quickly there was not a sound from the passengers. I heard no calls for help.” Ninety-­seven people were killed that night, making it the deadliest derailment of a long-­distance train in US history.

The honor of second place goes to the No. 48 Lake Shore Limited, which jumped the tracks in western New York on August 12 of 1998. The train ran at full speed over a damaged length of rail, causing the first six cars to roll down a twenty-­foot embankment and plow into an empty field. The rest jackknifed into one another and scattered themselves along the tracks.

I can’t help but remember the words of the man from the Flyer and imagine the scene as eerily quiet once the wreck settled. Torn steel. Clouds of dust rising up. Maybe at the edge of the field above the cottonwoods a flock of birds that had been startled from their branches by the sudden disaster were already beginning to circle back down to rest. Eighty passengers died that day, securing the Limited its second-place rank. If my parents hadn’t been on board, it would have only come in third.

I mention it because when a ten-­year-­old boy loses his parents, it makes him see things differently. So much of his world vanishes so quickly that he may be surprised to notice afterward that there are still telephone poles and traffic lights. The roads don’t peel themselves back in horror. The familiar buildings are all still standing. For instance, Becker’s Independent Grocery where he once walked alongside his mother. In his memory there’s the horsefly hum of fluorescent lights and his sneakers squeaking on the scuffed acrylic of butter-­colored floors. The air is close with the round, earthy smell of produce and fresh bread. He remembers it well, but when he passes Becker’s on a gray day while sitting in the back of his foster parents’ dented minivan, the place seems to have forgotten him. The flat, glass storefront stares straight ahead without so much as a glimmer of recognition. Encounters of this sort at first feel like deepenings of the same loss, as if bit by bit the world was denying that the life he lost was ever real. If the boy is lucky, when the pain becomes too much, he will begin to see through this childish perception all the way to the truth. Then he will know what I know: The stubborn and impersonal resilience of the built world is in fact a force for good.

To learn more about Seth and his book, go here.