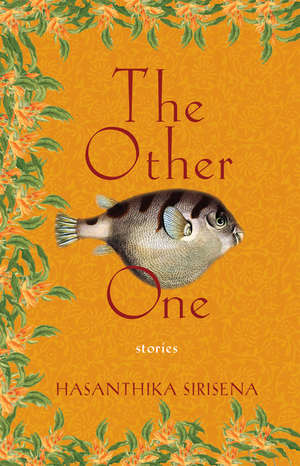 When Anura first encountered the aquarium, emerald green patches of algae streaked its glass. The last TCN in charge of it had left a few days before and no one had yet been assigned to tank duty. Anura cleaned the filter, fixed the Ph level, and took on the tank’s care, even though he hadn’t had to, because he had always been enthralled by aquariums and because this tank in particular amazed him, gave him hope. The military had brought this fish tank to the Kuwaiti desert—a desert without a single drop of naturally occurring water and certainly no naturally occurring fish—to ensure its people did not forget America’s power. It was a sign of how the American military, unlike the Sri Lankan military, paid attention to the minutest details of its soldiers’ lives. This was why America was so powerful and Sri Lanka was nothing more than a small, useless island, slowly choking itself.

Anura took off his garrison cap and tucked it neatly into the pocket of his chef pants. He moved closer to the tank, put his fingers to the glass.

Anura jumped. He hadn’t realized someone was standing behind him. When he turned, he found a young man—tall and olive complexioned—wearing camouflage combat fatigues and a young woman—a blond who, despite pockmarked skin was very pretty—also in fatigues. Soldiers didn’t speak to Anura, and he felt shy to have drawn the attention of these two.

“That’s not nice,” the girl said. She made a moue at her friend and beamed a sincere, unabashed adoration. “I think it’s a very nice tank.”

The soldier folded his arms across his chest and scowled. “I don’t mean ick,” he insisted. “I mean ich. It’s a disease. Fish get it.”

Anura shook his head. “No, not ich.” He pointed to the ailing fish. “You must look.”

The soldier leaned in close. His breath formed, against the glass, a thin fog that dissolved on contact and then, a few seconds later, reappeared. The soldier was undoubtedly handsome: square jaw, dark eyes, broad and muscular. Three months ago, when Anura first arrived on the base, he would have guessed the boy to be an American Black but Ibrahim had warned him not to jump to such conclusions. “These Americans, they can tell each other apart, but you cannot,” he had warned. “You make an A-S-S out of yourself, when you assume.” It had taken weeks for Anura to figure out what the letters A-S-S stood for.

The soldier shook his head. “I don’t see it,” he muttered.

“Worms,” Anura offered solemnly. Both soldiers grimaced. “I take sick fish. Pull worm, one by one with—” Anura formed a pincer with his thumb and index finger.

Anura looked down at the ground and feigned humility though he was deeply pleased the boy had noticed. “I take care of aquarium at Cinnamon Grand in Colombo.”


Reprinted by permission of the University of Massachusetts Press.

To learn more about Hasanthika and her book, go here.