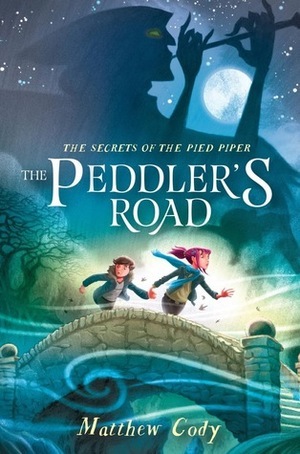 The worst thing about Carter’s sister was that she hadn’t always been such a giant pain in the rear end. There was a time, not so long ago, when they’d been friends, not just brother and sister. Back then, coming to this new house their father had rented would have been an adventure. The two of them would have played explorers, searching for hidden rooms and passages. A house this old just had to have secrets.

Now, however, Max spent most of her time alone, and when she was with the family, she was constantly staring at her phone or glaring at nothing at all. Carter had been left to explore on his own, and the house had thus far proved to be depressingly ordinary, though Carter held out hope for the cellar. Still, he would have had a better chance at finding something really interesting if Max had helped. They should have been playing detective and staying up well past his bedtime to tell ghost stories by flashlight. But Carter feared it was too late now for his sister, because the Crouch had gotten hold of her.

Their father taught folklore back in New York City, and what’s more, he’d even written books on the subject. That meant that Carter and his sister had grown up in a family full of stories. The stories weren’t theirs exactly, as their father had collected them from all over the world. Carter had nearly memorized the Grimm brothers’ tales by the time he was seven. He’d moved on to the folk stories of Anansi the spider after that, and to Coyote of the Native Americans after that. When Carter finally had exhausted other people’s stories, he’d begun making up his own.

Thus was born Carter’s legend of the Crouch. An invisible creature, the Crouch preyed upon boys and girls of a certain age—Carter decided seventh graders were a good fit—and would clamber up on top of its victim’s shoulders and perch there unseen. It was undetectable to the rest of the world, but the poor seventh grader could feel its weight pressing down on her shoulders, forcing her to walk around in a constant slump. The taller the victim grew, the heavier the Crouch became, until it was too much effort to even stand up straight. The Crouch made it so hard to look at the world around you that it was easier to stay slumped over all the time and stare at the floor, or your phone.

This whole trip to Germany had revealed that Carter’s sister was deep in the clutches of a particularly nasty Crouch.

Reprinted with permission from Knopf Books for Young Readers.
To learn more about Matt and his book, visit his website.