The Truth of Right Now 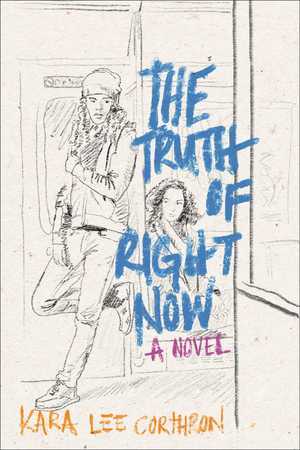 I can feel myself getting dumber everyday.

He raises his hand because he’s feeling ornery. The teacher sees him and rolls his eyes.

“Yeah,” he answers, ready to do battle.

“Are we ever gonna get more than just facts in this class?” Dari asks.

“Can you be more specific?”

“Who were the native tribes at Jamestown? Did any settlers protest the

He narrows his eyes at his least-favorite pupil.

He has hated me since day one, Dari thinks, and I don’t blame him. I’m smarter

than he is. Fat bastard.

“We only know so much from the evidence we have available.”

“We have brains though, right?”

“If you’re interested in fiction, perhaps you should take AP Lit. In the meantime, I’d love to do my glamorous job if that’s all right with you.” The ass-kissers laugh at this excuse for humor. Dari slumps down in his seat. That’s his reward for taking an active role in his education. He’s been here two whole weeks and he’s certain that his mind is shrinking. So much for bourgie schools and their bullshit reps.

He patiently waits for the bell to ring like all the other sheep, then he

grabs his essentials from his locker and leaves.

The 1 train is a carnival of freaks this morning. A woman dressed as Michael Jackson—loafers, white socks, and glitter glove—moonwalks to the song blasting out of her boom box. Dari’s 99% sure that it is a Billy Ocean song and the incongruence of this choice bugs him. He has half a mind to tell her so, but no one wants to hear from the peanut gallery. She also could be packing heat. Who knows? This is America. An elderly man in a fairy princess costume about two sizes too small, sucks on a lollipop and winks at him. A younger man in a heavy, winter coat (unnecessary in balmy September) warns an invisible person about the dangers of crack because, in his head, it’s probably still 1991. There are two youngish women who seem normal, but Dari knows better than to assume that. One reads a book; the other a Kindle or something. You always have to watch out for the quiet ones.

He gets off the train and walks up to the movie theater.

“One,” he says at the ticket window. The girl eyes him for a minute.

Really? You really got nothing better to do than worry about how old I am?

But she says nothing. She takes his money and he walks in and

No one is in the theater other than Dari. No one. It’s cool, but it’s a little spooky, too.

To learn more about Kara Lee and her book, go here.