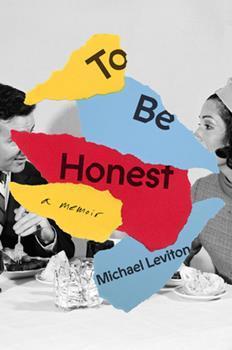 On my first day, I hadn’t even settled into my freestanding cubicle outside Charlie’s office before he told me about a problem. A ghostwriter he represented who wrote best-selling thriller novels under another famous writer’s name wanted to sell a book under his own name; but the outline he’d turned in was sloppy. “He refuses to take notes,” Charlie said. “He’s having an ego freak-out. He’s gonna fire me if I don’t send out this outline as it is.” Charlie asked me to read it and tell him what I thought.

The outline was sloppy, but I had suspicions as to why. The ghostwriter’s thriller was set in the 1970s in the town where he grew up. The parts describing this town and the teenagers who lived there had been written with more attention than the parts that sounded like a mainstream thriller. I stood in Charlie’s office doorway and proposed my theory.

“I think he’s scared you’re gonna criticize the parts that mean something to him.” Charlie listened with a skeptical curiosity. “In his ghostwriting, he’s never been allowed to write anything personal or use his own voice. He wants to write about when he was a teenager, but he’s afraid no one will let him. He’s only sloppy with the parts he feels forced to include. If we only edit those parts and compliment the rest, I bet he’ll be moved that we appreciate him for who he really is.”

Charlie grinned as if I’d offered a strange wager and said, “What if you talk to him?” Charlie mischievously hopped up from his seat. “I’ll say I just hired a new assistant, some kid I don’t even know. This kid liked the outline and wants to talk. I’ll tell him I have no idea what you want to say, that he can skip the conversation if he wants, hang up in the middle, I don’t care. See, I think he’ll be curious enough to take the call. And if he doesn’t like what you have to say, he won’t blame me.” Charlie sized me up. “Are you comfortable getting on the phone with him yourself?”

Charlie held in his laughter with a close-lipped smile and nodded.

My cubicle faced the glass wall of Charlie’s office; we could see each other from our desks, but we couldn’t hear each other. I watched Charlie call the ghostwriter, swiveling back and forth in his chair. He gave me a thumbs-up, transferred the call to my line, and remained in his office, grinning at me.

I told the ghostwriter that I’d read the outline and that it struck me as more unique than the stuff he’d worked on over the last five years, more personal and inspired. I noted the spots where I could feel he wasn’t used to being allowed to express himself. I suggested cuts and revisions to every line that felt like he didn’t want to write it.

As I went through the piece explaining each suggested edit, he stayed quiet on the line. I had no idea how he was respond-ing. Charlie’s eyes stayed on me with anticipation. When I’d finished my comments, the ghostwriter thanked me and asked me to send the call back to Charlie.

Charlie answered the phone and laugh-wrinkles blossomed around his eyes. Then his mouth fell open. He hung up and dashed to my desk.

“I don’t know what you said to this guy,” Charlie told me, laughter in his voice. “But he wants to take all your notes. He said, ‘I don’t know where you found this kid, but he’s the best editor I’ve ever worked with.’ ”

Charlie read my edit of the outline and burst from his office. “I can’t believe I’m saying this, but this is good.” He gave me the intrigued look I’d already come to love. “But I’ve gotta ask,” he said. “How did you know he’d listen to you?”

“I didn’t,” I told him. “I just try to give everyone permission to be honest and hope they take me up on it.

To learn more about Michael and his book, go here.