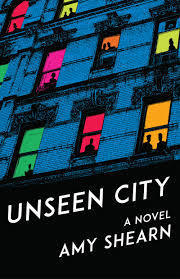 There was a house I once knew well. If you could wrench off the front you would see the stacked stories. On a sticky summer evening, for example, new renters attempted to settle into the sepulchral apartment on the first floor. The place gave them an ominous chill every now and then, for no apparent reason.

Meanwhile, on the second story, a woman squinted at a book. She had lived there long enough to settle into the creepiness, to ignore the cold spots, to cohabitate with what was not after all a malicious spirit. She was more troubled, in fact, by the book. Her friend had recommended it, Oprah had recommended it, but she just couldn’t get into it somehow. Was it her or the book? She didn’t like the idea that she was wrong about it, but she didn’t like the idea that everyone else was wrong about it either. She put down the book and looked warily at the door to her son’s room, slightly ajar to let in the crack of light that he swore foiled monsters. Timid monsters, apparently, afraid of something as slight as light. She was used to the shuffling sounds of new neighbors settling in. This was the fifth set in four years.

Her apartment was just right for her son and herself— two bedrooms, the tiny kitchen, even the oddly bifurcated living room, which the landlord told her had probably once been adjoining bedrooms, back when the house was one family’s country home. The landlord tried to do a good job—when he stopped by, he brought treats for her four-year-old, and spoke to him respectfully, as if he were indeed a tiny man—but she also knew that there was nothing to be done about the ghosts in the house. What could he do, evict them?

She padded to her kitchen to make a cup of decaf black tea, moving quietly as a shade so as not to wake up the boy, who was, despite being a city kid his whole life, a light sleeper. The mother dumped sugar in her tea, watched the corporeal white lumps dissipate in the darkness. She listened to the new downstairs people thump a box, muffled voices flaring in anger, and looked again at her son’s door. They had a lot of stuff, these people, heavy boxes of books, indecently large antique furniture. So they’d probably stick it out for the whole year, with a haul like that. But no longer. Despite all the house had to offer, in a city where people would pay thousands for a literal trash heap (“needs TLC”), despite its historical charm and reasonable rent and quiet location. Quiet was a commodity in Brooklyn, almost a place in itself, a city-state of brain-space. And it was quiet there. But some people (the mother shook her head to think of it) just couldn’t abide a simple thing like a ghost.

Excerpted from Unseen City by Amy Shearn (Red Hen Press, 2020). Reprinted with permission from the publisher.