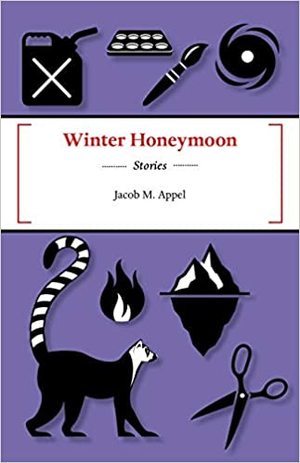 During the final weeks of her husband’s illness, Edith befriended the demented priest in the neighboring bed. Father Petrica was a cheerful, silver-haired man in his early sixties who spoke seven different languages with a thick Romanian accent. He’d fallen from a stepstool while changing a light bulb, fracturing ribs, vertebrae, both collarbones; later his brain swelled, unmooring his memories and inhibitions. Then kidney failure, skin infections, an amputated foot. The man stumbled from one setback to another, but courageously, like an imperial army in retreat. By the time Edith started reading aloud to him from Raymond Chandler novels, while Simon was away being MRI-ed and CT-scanned and surgically explored, the priest was innocently sharing tidbits collected over three decades behind the confessional.

One afternoon, Father Petrica proposed that they elope to Puerto Vallarta. “What do you say?” he asked. “We’ll be just like Richard Burton and what’s her name…”

“Elizabeth Taylor,” said Edith.
“That’s right. Only she’ll never hold a candle to you.”
He clasped her left hand in both of his, and belted out That’s Amore, surprisingly on key, but broke down coughing halfway through the second verse. Edith poured him a cup of water from a plastic bottle.
“I’m flattered,” she said. “Really. But aren’t you forgetting that you’re a priest?”
“I’m a priest?” asked the priest. He grinned impishly, as though he had been the victim of a practical joke. “You are pulling me by the tail.”
“You’re a priest and I’m a married woman, as was Elizabeth Taylor when Richard Burton courted her.” Edith spoke in the same firm-but-loving tone that she used to warn her second graders against stockpiling tree branches during recess. “I’m not even Catholic.”
The priest digested this information. His large, genial features looked suddenly wistful. “So no Mexico?”
“I’m afraid not,” said Edith.
She noticed the whiteboard sign beside Petrica’s telephone: GOOD MORNING. TODAY IS TUESDAY, JANUARY 18th. It was actually Thursday, January 20th. Beyond Simon’s empty bed, Edith could see jagged patches of ice on the Hudson River and New Jersey’s snow-streaked cliffs. The priest swallowed the last of his water. He asked, “Do you regret anything?”
What a question! Who didn’t have regrets at fifty-nine? But she wondered if her companion sensed something deeper, more personal, his insights growing clearer as his body withered. More likely, he was jabbing into the darkness like a fortune teller. Or he wanted her confession: To hear her admit that she couldn’t think of anything she didn’t regret. Anything! Because she’d known from the outset that she’d married the wrong man—and now that she loved him anyway, he was mustering up the nerve to die on her.
“I have regrets,” said Father Petrica. “I should have been Pope.”

To learn more about Jacob and his book, go here.