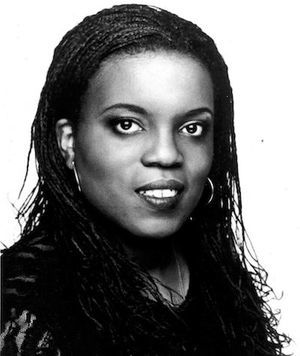 What do Reese Witherspoon, Tupac Shakur, Dr. Dre, and Billy Joel all have in common?

For one, Gotham Memoir, Fiction, and Creative Writing 101 teacher Anita Diggs edited all of their memoirs, among many others in the early 2000’s. Literary agents called Anita, a senior editor at One World Books, anytime they had a celebrity biographer. “Folks who rise to power or celebrity from not so illustrious beginnings fascinated me,“ says Anita. “I think with greatness there’s a commonality in there that I’m always interested in exploring.”

Anita didn’t start off with the intention of becoming an editor. As a failed disc jockey temping in book publishing, she found herself with a choice to become an assistant for a publicist or an editor. In her words, she “chose the flash” and began as a publicist. She rose to the top of the publicity ladder, but didn’t feel like it was her world and decided to move over to the editorial side.

As an editor, not only did agents send celebrities her way, she would also come up with book ideas. “I would look around and if there was a book that didn’t exist, then I would go to the boss and say, “I want to find a writer and do a book on this.” That’s how Bill Clinton and Black America by Dewayne Wickham was born.

The story goes like this: Anita walked in on her mother screaming “leave that man alone,” at the television one day. Bill Clinton was on the screen and this was during the Monica Lewinsky scandal. Anita realized that many people in her community were equally upset. “This indignation was there, and I was like, okay, I don’t understand it but I'm going to find someone to write the book about it and I’m going to read the manuscript and understand this sociological event.” She casually adds that Bill Clinton and Johnny Cochran both came to the book party.

Anita grew up in Hells Kitchen when it was still living up to its name. She was a bookish kid and spent evenings reading on her stoop. Her mom was supportive of “anything that has the potential to make a lot of money without going to jail.” The first inkling of writing as a career came in the 5th grade when she wrote a paper on James Brown that impressed her teacher enough to tell Anita that she would become a writer one day. And he was right. Anita is the author of several novels including: A Meeting in the Ladies Room and A Mighty Love.

Teaching is a relatively new experience for Anita. She decided it might be interesting to see writers before they acquire all of their bad habits. “I’m seeing a lot of talent,” she says of the students of her current class. Her teaching style is relaxed and she prefers to allow her students to go at their own pace.

So besides having a rock star like Anita editing their memoirs, what else do Reese Witherspoon and Dr. Dre have in common?