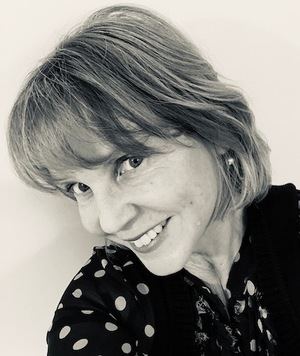 As a child, Beth Livermore used to collect greeting cards in a scrapbook—any card that had poetry or a clever turn of phrase or a deep moment. She loved language that much. So you could say that Beth was always going to be a writer, though it might be more apt to call her an explorer.

“The biggest drive has always been exploration,” she says. “All of it is curiosity driven.”

Beth’s career as a writer and explorer is split into two parts: the “outside in” and the “inside out.” The outside in part is the outward exploration, going out into the world and learning from sources. Nothing better encapsulates that part of her writing career than two of her early scientific writing assignments. One that culminated in her flying back from New Zealand with the marines, the other taking her to Antarctica for the National Science Foundation.

“When I was whirling around in a helicopter in one of those orange suits with the coast guard, over ice, and we were going to a place where only the scientists have ever touched foot, that was a moment where I was like ‘holy cow,’” she says. “We were standing next to Shackleton’s cabin where there were still fossilized dogs and I thought, ‘I’m really doing this.’”

But her exploration as a writer and a thinker turned inward when she began to concentrate on quiet, fly-on-the-wall essays, rather than big picture. Thus, the second part of Beth’s writing career turned from the outside in, to the inside out, where she looked at her own life, her own world, and tried to make sense of the universe and humankind’s interconnectedness to nature.

“It was amazing to me how disconnected we are from plants and animals and the world as we once knew it,” she says. “And how we are all one big organism.”

That urge to explore, originating from an early fascination with the likes of Amelia Earhart, never left Beth; she just found new frontiers to explore, frontiers that didn’t take her out into the world so much as deeper into the space where she was, furthering her inside-out exploration of more intimate subjects than Antarctica, oceanography or astronomy.

“Our farm became the fodder for exploration,” she says. “When I was planting my garden, I would read, not just about what I was planting, but about the seeds, and the dirt, and moss.”

This focus on the intricate, on the perspective, has been a big motivation behind her teaching as well. “I love teaching Creative Nonfiction 101,” she says. “One of the most exciting things is to see when people realize that they have the right to tell their story. Everyone can do it. We tell stories every day. It’s the most natural human thing.”