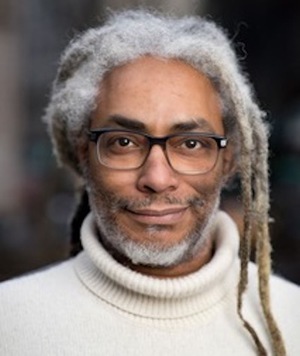 “If you want to write great characters,” advises Gotham teacher and interdisciplinary artist Cleve Lamison, “study acting.” Having toured the country with the American Shakespeare Company portraying Othello, publishing the novel Full-Blood Half-Breed, and directing the feature film Following Bliss, Cleve adamantly believes that acting training has been invaluable to him as a storyteller. When asked whether acting came before writing, Cleve says, yes and no, because the two are difficult to separate.

If his career in storytelling could be traced back to its source, Cleve says, it would be linked to Toni Morrison’s famed sanction: “If there's a book that you want to read, but it hasn't been written yet, then you must write it.” “That’s kind of how if all started for me,” continues Cleve, who began writing and drawing his own comics as a kid. “I wanted to see certain types of characters that didn’t exist.”

Later, moving from Richmond, Virginia, where he grew up, to New York City, Cleve saw the same gaps emerge in the realm of professional theatre. The roles that were being offered to him as a Black actor were cliché and stereotypic. “So,” he says, “I stared writing screenplays in an attempt to represent my point-of-view to the world.”

Cleve isn’t always sure what form his storytelling will mature into—be it a play, film, sculpture, or novel. He follows his intuition, adding with a laugh, “it’s not going to get finished unless I let it take over my life.” Before Full-Blood Half-Breed was published, the speculative novel was envisioned as a little picture book for Cleve’s not-yet-born son. The story snowballed, became an obsession, and, eventually, an acclaimed science fiction debut.

His son is an adolescent now, and when Cleve was nearing the end of a project he’d been working on for years, the prospect of his son leaving for college in the not-so-distant future was devastating. The impression of loss, though painful, pushed him to work on a new project, a series of sculptures, which his sister calls “three-dimensional paintings.” In his Harlem apartment, Cleve is currently developing the sculptures, with his eye on a second novel, which he anticipates will be the next all-consuming endeavour.