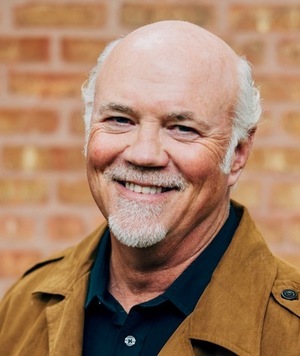 David Berner still has one of his first literary creations: a paper mache book he crafted for a project in grade school. “My book was called The Cyclops,” David says. “Some deep-sea adventure, you know? Third grade kind of stuff. I can imagine there was some sort of seed planted back then.”

Though he has been writing all his life, with an extensive career in journalism to boot, David did not really view himself as a writer until his mid-forties, when he began to delve into forms of creative writing such as memoir, essay, and fiction. David says, “I really just think of myself as a storyteller.”

And he’s done plenty of storytelling. Three book-length memoirs (walks with his dog, his amateur singing career, healing after the death of a family member), three novels (father trying to connect with a son, a professor who goes off the rails, a young boy enamored with golf), along with many essays and short stories.

David has found that his various genres of interest influence one another. While writing memoir, he uses the craft of fiction in areas like scene, dialogue, and character development, and many of his fictional characters take inspiration from real people. His writing has been described as quiet, more poetic, less straightforward. David says, “ I think that’s sort of intertwined in everything I’ve done.”

David’s writing process isn’t very strict. “I don’t work from an outline, I never have. I don’t know why that is, but I feel freer when I’m writing without one.” He tends to write in the morning, one of his favorite spots to work being a small shed on his property just outside of Chicago. “It’s kind of like my office, and it’s kind of my sanctuary. I don’t want to say that I’m writing in there all the time, but when I’m working on a particular project, that’s my place to go.”

One of David’s current projects is a digital newsletter called The Abundance. Each edition is a personal essay that gets sent out (usually) on a weekly basis. In addition, David has several projects that he says have been, “written and drafted many times over, submitted places and drafted again. When [the projects] are being shopped... I don’t want to say I forget about them, but they’re being released. You know, like sending a kid off to college? I keep a watch on them, but I want the piece to speak for itself.”

David says, “Writers should write the kind of story they want to read instead of writing for the market. Publishing is not the be all/end all. Don’t base everything about your creative life on whether you’re published or not. I don’t think that’s a good way to define a writer. If you’re writing regularly, and you’re writing things that make your heart flutter, then you’re a writer. I want my students to walk away believing that.”