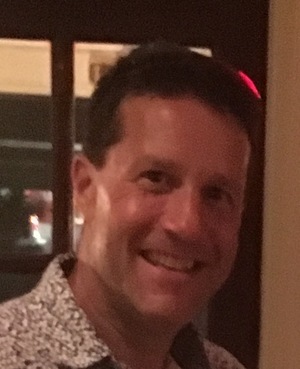 Gotham teacher David Seigerman doesn’t sleep enough. He writes, teaches, coaches his kids’ softball/baseball teams, and heads up the PTA—all with the ease of a trained circus artist. Even his down time is active. He likes to unwind with a game of golf with his father-in-law or ice hockey with neighborhood friends. (He admits to being terrible at skating, but figures if his sixty-four-year-old teammate can do it, so can he.)

Ironically, it was the devastation of Hurricane Sandy this past fall that brought ice hockey into David’s life. While his family had four feet of water in the basement to contend with, most of the neighborhood didn’t even have power. The Seigerman home became a spot for folks to band together. One of the visitors noticed David was wearing a hockey t-shirt and asked him to join the local league. It had been a while since David had attempted a new sport, so he decided to take a chance.

Before he and his wife had kids and moved to the suburbs, David taught Gotham classes in New York City while working in the magazine world. (Of course, as he puts it, “The parking is better online.”) Later, David made the transition to television, which was a huge challenge. The “descriptive piece,” as he explains, is no longer applicable to the screen. “You have to think of the first shot as a thousand words,” says David. After several years at a sports network, David and a friend decided to make a feature film.

From television to nonfiction books to documentary films, David has explored sports from nearly every artistic angle. “There are so many great storytelling opportunities in the world of sports,” David says. “And the core of all good sports stories is the humanity.”

David’s connection to the sports world goes way back. He’s been a Mets and Jets fan all his life. Now, as David watches his son gravitate to the same teams he loves—usually the teams that lose—two major questions have been raised: 1) Why do we care? and 2) Is this bad parenting? All joking aside, David wonders if this might be a good premise for a good sports book—mainly, how does a person’s attitude change toward a beloved sports team when they go from a losing team to a winning one? “You’ve always been loyal and had faith, so what happens when your team starts to win?” David asks. For example, he’s noticed a huge mood shift in Red Sox fans after the team (finally) won the World Series, in that they became “insufferable” (i.e., no longer the underdog).

Playing a sport teaches you how to learn new skills and how to lose gracefully, which David has found easily relates to writing. You have to push yourself to grow as a writer, much like you do in a sport. “It’s like everyone who walks into a Gotham class isn’t necessarily what you would call a ‘professional’ writer,” says David. “I’m not professional hockey player, either, but I get out there and try.”