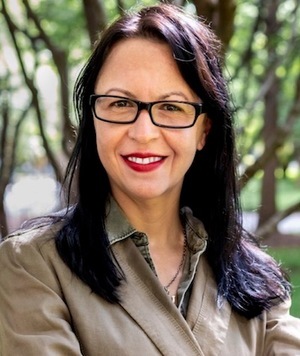 
Under the bright lights of MTV and VH1, Gotham Article Writing teacher Jennifer Armstrong fantasized about being a pop singer. As she grew up, she didn’t exactly abandon her dream, but rather added to it. She became a journalist who writes about pop culture and gets to play in a band. (You can find her and her female band mates playing covers of what she dubs “90s dude rock”—Everclear, Oasis, and Sugar Ray—in local bars around New York City.)

Jennifer spent the last decade reporting on what she calls the “teen entertainment boom” at Entertainment Weekly. She was mostly devoted to television stories. In fact, one of her first big pieces was on the hit show, The OC.

Her love of pop culture led Jennifer to her first book, Why? Because We Still Like You, a chronicle of the original 1950s Mickey Mouse Club Mousekeeters. “Child stars are really fascinating,” Jennifer says. “We want to know how they’re going to turn out.” Hence, Jennifer explains, her desire to take Britney Spears (a former Mousekeeter herself) “out for tea and give her instructions for life.”

These days, Jennifer devotes most of her time to editing the online magazine, SexyFeminist with co-founder and writer, Heather Wood Rudulph. The site started when the two friends would meet to brainstorm ideas for freelance articles. They were frustrated with the state of women’s magazines and because they convened in a Barnes & Noble, they picked up a copy of a book called How to Start a Magazine.

Both women expected they would create a print magazine, but soon realized how complicated that would be. Thus, SirensMag was born. “We switched over to SexyFeminist because it clearly describes what we do and what we write about,” Jennifer explains. “The idea behind the name was to attract women who may be on the fence about the concept of feminism. We use the term ‘sexy’ in a very broad sense.” Recent posts include “Women We Want to be When We Grow Up,” “Feminism and Halloween: Think Beyond Sexy Nurse,” and “The Sexiest Male Feminists.” Now the pair are working on The Feminist Bombshell, a book based on what they cover online—a life guide for modern young women interested in feminism.

In addition, Jennifer is researching for a book on The Mary Tyler Moore Show. What perhaps is most surprising to audiences of the twenty-first century is that the creators did not conceive Mary as a feminist icon. Jennifer attributes at least part of the show’s success to that very detail. “People didn’t see her in a politicized fashion,” she says. “They saw her as an attractive thirty-something woman who was on her own.” And while the creators of the show were all men, they hired more female writers to work on it than any other television series at the time.

Although she shows no signs of slowing down, Jennifer finds time to re-energize and reboot during silent yoga retreats. She started practicing yoga in college when, ironically enough, she was doing research for a piece for a magazine class. “I always come back really motivated,” she says, “I journal a ton when I’m at these things. You have thoughts you wouldn’t normally have, so you don’t want to lose them.” And then she returns to the ambitious pace of her life, at least until the next silent retreat.