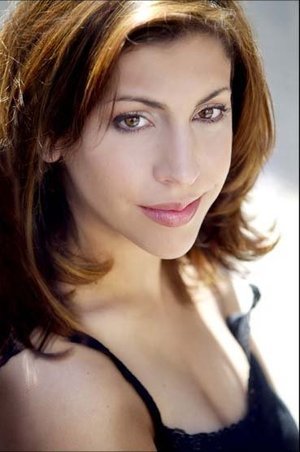 Gotham Screenwriting teacher Jessica Rotondi’s favorite female character is Joan Wilder (played by Kathleen Turner) in the swashbuckling romantic comedy Romancing the Stone. Joan starts out as a reclusive writer whose only true companion is her cat. When her brother-in-law is murdered and her sister is kidnapped, her literary agent says, “You’re not up to this, Joan.” Nevertheless Joan braves the jungles of South America to save her sister, and gets the man to boot. The more complicated the characters, the more Jessica is attracted to them.

When Jessica began writing plays as a child, she thought about what kinds of characters would be fun to portray. “I knew that there weren’t that many people writing characters that were great for women,” she says. “I wanted to take on the challenge of writing complex female characters who could be sexy, vulnerable, funny, and awkward.”

Jessica has relished the audience’s reactions to her films during festivals. “I’ve had women come up to me and say they’ve never seen anything like it,” she says. “Especially with older women—we’re so different in so many ways, but we can relate because we’re women.”

Although “The Curious Complications of Role Playing” was well-received, people in the business were reluctant to get involved with Jessica because of the subject matter. This was no surprise to her. Over the years, she has been inundated with male friends getting consistently hired while her female friends don’t. It’s been Jessica’s experience that most men don’t see women as fellow directors or even focus on them as competition. “It’s a catch-22,” Jessica says. “You don’t want to harp on it, but if you’re not aware of it, you’re blind.”

In her quest to make women and their stories more visible, Jessica resurrected Columbia Women in Film—an organization that had fallen by the wayside at Columbia University’s Film program. “We gave women a safe place to talk about sexism in the business,” Jessica says. “But at the same time, I had friends saying, ‘I’m not a female director, I’m a director. I don’t see the point of this.’”

Nonetheless, Jessica has been able to create a successful “Jill-of-all trades” career. In the past decade, she has acted, directed, written, edited, taught, and worked in casting. “I think the hardest part is not feeling like a crazy person,” Jessica says. “You have to focus on one thing at a time. You have to devote the time each job needs and not let yourself get overwhelmed.” Currently, when Jessica isn’t teaching, she works for a real estate entertainment company that services production companies in need of space for filming.

Moving forward, Jessica hopes to produce a web series that she wrote with her boyfriend. The story isn’t based in reality, per se, but the characters are extreme versions of their real-life personalities. Not unlike the character of Joan Wilder, Jessica’s own character is full of complexity and intensity.