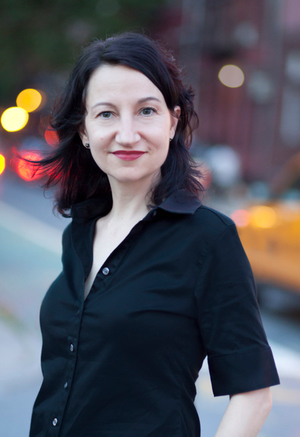 Gotham teacher Jessie Sholl didn’t think she’d enjoy writing a memoir as much as she enjoyed writing a novel.

Here’s how this fiction writer ended up switching gears and finding her Zen in nonfiction:

While her agent was shopping her novel to publishers, Jessie mentioned a personal story she had wanted to write about for a long time. After Jessie revealed the idea, her agent encouraged her to explore the territory she had been so fearful to tread: her mother’s compulsive hoarding. In the interim, her novel got turned down and her memoir proposal sold. It felt like a sign. And so Jessie finally wrote her memoir Dirty Secret: A Daughter Comes Clean about Her Mother’s Compulsive Hoarding.

She worked on a compressed deadline—instead of having the standard year to write and an additional year for the publication process, Jessie had only six months to write the book, which was published six months after that. The push for the quick turnaround came from the publishing house wanting to capitalize on the rapidly growing fascinating with this mental illness. Television shows like A&E’s Hoarders and TLC’s Hoarding: Buried Alive were just starting to appear on the cultural radar. “There was little in the way of actual research at that time [around 2010],” says Jessie. “But I read everything I could get my hands on.”

As Jessie wrote at lightning speed, she sent pieces of the book to her mother. “My mom was really on board with the book from the get-go,” she says. “She thought it would help people, and she never made me take anything out.”  Jessie’s parents are divorced, but her father was also supportive of the memoir. “In terms of people I know who had memoirs published, the reactions I had to deal with were the best,” Jessie says. “No one got mad or threatened me.”

“It’s about my mom, but also about our relationship,” Jessie says. “I was afraid there would be no surprises. One of the best things that happened, though, was that it forced me to see things through my mom’s point of view. I got to know her better and developed more compassion for her.” Dirty Secret follows two storylines: one that begins in the present day and moves forward and another that begins when Jessie’s parents met and she was born. “I wanted to show how my mother’s hoarding had affected her and how it started,” Jessie says. I also go back to her childhood and retrace her steps. She had a really crappy time as a kid, and that was helpful to learn.”

Jessie grew up living with her father and stepmother in Minneapolis. Her family had known about her mother’s tendency to be messy and disorganized as well as an impulsive buyer. But after her longtime boyfriend died, these somewhat manageable flaws spiraled out of control. As Jessie found in her research, this is often the case with hoarding—it’s triggered by a death or divorce or some other kind of trauma.

While Jessie was writing Dirty Secret, she was still battling the effects of her mother’s illness, insisting on cleaning the house from top to bottom whenever she visited. And then her father suffered a heart attack. This was a crucial turning point for Jessie, both in her life and her story. “You have to have a reason for the character to change, even in a memoir. I was just on the brink—trying to fix my mom and deal with my dad’s health at the same time, it was just too much.” And so she finally let go.

A positive byproduct of being the child of a hoarder is that you may turn out to be an orderly minimalist—as is the case with Jessie. “I don’t hold onto anything,” she says. “I go through my closet and toss clothes out. I live simply.” But one possession she treasures perhaps more than anything is her dog, Abraham Lincoln, who happens to be a rescue from an animal hoarder.