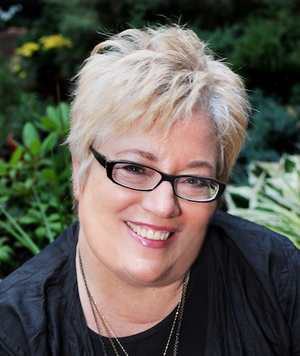 “It’s a very Hitchcock Rear Window window—it looks out on all the backyards of a whole bunch of brownstones,” Gotham teacher Jil Picariello says of the view from her writing desk in the Upper West Side apartment she shares with her husband. “I’m still looking for the murder to occur across the way; it hasn’t happened yet,” she kids. Unlike “Jeff” Jefferies’ surreptitious view in the film, Jil admits the scene from her window is rather still: “There’s no action, other than the birds.”

But stillness is not inherently mundane and one need not witness a murder to tell compelling stories. “You can write about absolutely anything,” Jil argues. “I often tell my students to close their eyes, look up, and write about whatever their eyes land on.” Among greener writers, there is a common belief that an extraordinary memoir necessitates an extraordinary life and, although a series of astonishing coincidences led to her first book, Jessica Lost, Jil maintains that “the struggles with writing memoir are mainly the struggles with writing in general.” Whether one’s focus lands on birds in the cityscape or in the memory of a wildly improbable event, the hardest part about writing is “sitting down and doing it.”

For Jil, it was a reunion with her biological mother in adulthood that spurred the conception of a co-authored memoir. When she and Bunny Crumpacker, Jil’s birth mother, realized their lives and literary careers had been eerily parallel, it seemed inevitable that they write about their experiences together. Initially, Jil recalls, “the pieces weren’t falling into place, so I decided to go off and do my MFA, and wrote the entire thing, lightly fictionalizing it.” Not until several years later did they revisit the manuscript, at which point, with a renewed outline, the project developed easily.

“You have to think like a fiction writer,” asserts Jil, who chose to concentrate on fiction rather than nonfiction during her graduate studies. “The craft elements are the same; you build a narrative arc in fiction, you build a narrative arc in memoir.” It’s one of the reasons she recommends her students watch movies and think of them as books. “If you analyze how the scenes work, how the world is unpacked and shown, how the characters move in that world, and how they speak in that world, you can learn so much about writing fiction or memoir.”

In college, Jil studied at NYU Film School, and while her artistic inclination grew nearer to literature over the years, she believes the through line was always telling stories. In many ways, telling stories is precisely the common thread in most art, from fiction to memoir to poetry to scriptwriting to theatre to dance—the list is endless. “I always loved movies and books, but I didn’t want to leave New York,” remembers Jil, who grew up north of Manhattan in the city of Yonkers.

“Forever,” is Jil’s answer to the question of how long she has lived in New York. “I think of New York almost as a character or a person—an emotion,” she says. “From the time I could get on a bus by myself,” Jil recounts, “I would come into the city as often as I could—and I would go to the theatre.” Eventually, she would be a theatre critic, reviewing Broadway and off-Broadway shows, while working as a copywriter for New York magazine and various Time Inc. publications.

Between teaching Memoir and Creative Nonfiction at Gotham, volunteering at a soup kitchen, and learning Italian, Jil is in the midst of completing her newest work of fiction. On the subject of this novel-in-progress, Jil says, “I have a cottage on the North Fork of Long Island; it’s inspired by that area,” and leaves it at that, for now.