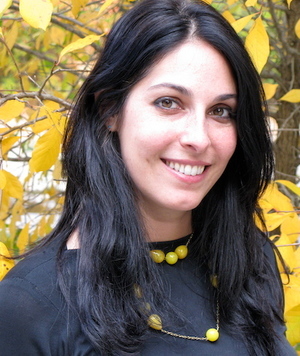 “When you’re supposed to be doing something in life, things kind of feel like smooth sailing,” says Gotham Memoir teacher Joselin Linder about writing her memoir The Family Gene.

Before this sure-handed book writing experience, Joselin’s path to finding her writer-legs was anything but typical or smooth. For one, her dad was dying of an ultra-rare genetic disease when she was in college. This disease would ultimately become the anchor of her memoir. But before any of that, Joselin was in the fog. She was supposed to be in college discovering herself, but instead discovered she was a carrier of the same disease her father had and would likely start showing symptoms. “It put me on a different path than I might have gone down,” she says.

As her undergraduate years at Tufts wound down, she simply chose a major based on the number of credits she had, confessing, “I remember thinking, I’ll read poetry because it’s short.” Joselin graduated and quickly escaped to Europe. Writing about her loss wasn’t on her mind. “I just knew so little,” she says. “I think part of it was that I was being self-protective. I was just going to live my life and pretend that this weird thing didn’t happen.” After breezing through Hungary, Poland, Paris, London, Sweden, and the Amalfi Coast of Italy, Joselin ended up living in Prague for two years and then briefly Barcelona, followed by San Francisco.

When Joselin landed in New York, her writing life began. She was working an uninspiring job in the independent film industry when she signed up for a Fiction Writing workshop at Gotham Writers. She was hooked, now claiming, “Gotham is 100 percent the reason I’m a writer.”

Joselin’s first book deal happened in an only-in-New-York way. She was at a party talking to an agent about boys and how she had given up regular dating and was solely seeing guys who happened to be her roommates. “I was like ‘oh you live here? We should date.’” The agent was laughing and wheels in her head were turning. The agent just happened to be talking to a publisher who was looking for someone to write a book called The Good Girls Guide to Living in Sin. Joselin went to her day job the next day and instead of working, wrote the proposal. “I think my superpower isn’t even necessarily being a really great writer,” Joselin says. “It’s that I’m very quick.”

Joselin got the gig, soon becoming a published author. And when a friend of hers was looking for someone to help write a book about a new idea in business called gamification, he came to Joselin. She wrote one book with him on this topic, and then another. “For a little while, I was the 99th most influential person in gamification in the country,” says Joselin with her contagious laugh. “I was like, yep, here I am.”

But there was still her own story to tell. Writing a memoir was not something Joselin had considered until a friend (a Gotham classmate) asked about how her father died. Joselin explained that the gene she carried only existed within fourteen members of her family. “You should probably look into this,” her friend said. “For yourself, but also because it’s fascinating and people will want to know.”

Joselin looked deeper. She sold the book on proposal and wrote the whole of it in a span of just a few months. “I had a tremendous amount of backwind.” she says. And now, after being on the shelves for two years, the book is gaining a second wind. An hour-episode of a CNN show called Something’s Killing Me aired a few weeks ago, featuring the book, and there’s also a Doctor Oz episode on the way.

As Joselin can attest, sometimes you must move through choppy seas before the sailing turns smooth.