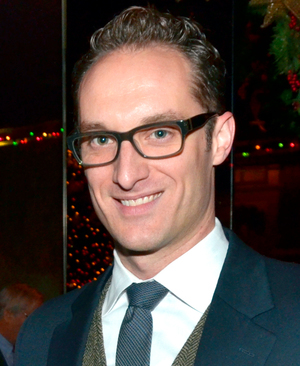 When the Philadelphia Phillies faced off against the New York Yankees in the 2009 World Series, Gotham teacher Ken Derry didn’t have a hard time rooting for a team. This was in spite of the fact that he grew up in South Jersey (rooting for the Phillies) and ended up working for the Yankees Magazine (rooting for the guys in pinstripes). He took his dad to game 3, his best friend from high school to game 4, and met his favorite sports writer, Gary Smith at game 5. In baseball—and in writing—Ken has managed to have more than one favorite.

Ken played baseball both in high school and college, working toward a career in the sport. But after a back injury took its toll—along with the realization that he probably wasn’t going to make it to the majors—Ken decided to refocus his goals. He transferred to Old Dominion University where he studied literature, falling in love with the work of Ernest Hemingway.

As he entered the work force, Ken decided to take Hemingway’s advice: become a journalist—you’ll learn how to effectively use a declarative sentence. The plan was simple: work in the news now, become a fiction writer later. Ken started as a reporter at the Trenton Times where he covered school board meetings and town halls—two seemingly boring news events that turned out to be much more dramatic.

To satisfy his other journalistic curiosities, Ken also enrolled in a travel writing course at Gotham. Ken’s teacher put him in touch with the Director of Recruiting for Rough Guides, a travel guide publisher. Through this serendipitous meeting, Ken started writing the Central and Western Massachusetts chapter of the New England Guide. He got to spend two weeks traveling through the Berkshires, visiting restaurants and museums, among other cool non-touristy things. Ken also edited and updated various New York City guides, which helped him learn how to “get off the beaten trail.”

After a year at the paper, he had the opportunity to start working on the staff of a very special publication—the Yankees Magazine. And aside from a brief stint working solely as a freelance journalist, Ken has been there ever since, now as the Executive Editor. He wears many hats at the magazine, including editor, fact-checker, art director, and writer of news briefs and features. “Most teams don’t have a publication like this,” Ken says. “We’re lucky to have it. We get a lot of participation from the fans and the organization.” The magazine prints eight issues per year with the pre-season/spring training being the busiest time of year. Fans look forward to the historical features, player profiles, and of course, the obligatory scorecard they use to keep track of the season.

With a full-time job and the freelance gigs, Ken found he didn’t have much time to write fiction. He decided to do something about that, enrolling in The New School’s MFA program. As he completed his coursework, the first place he wanted to reconnect with was Gotham.

Ken says, “Part of the reason I went to get MFA was so that I could teach.” Ken never forgot the help and mentorship of his Gotham teacher who had taught him so much about the freelance marketplace. To that end, Ken is always sure to impart this bit of wisdom to his own students: patience and fire. “You’ve got to be pleasantly persistent,” he says, when pursuing editors and publications.

Ken is currently at work on a novel about an interracial couple during the Civil War, which he started during his MFA. It seems his “journalist now; fiction writer later” plan has become The Writer of All Things forever.