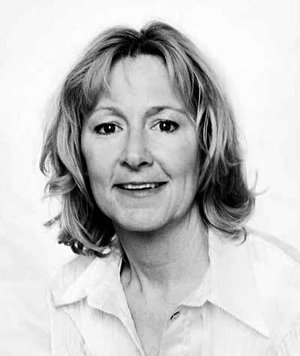 Gotham's Masha Hamilton desired to write fiction, but she didn’t feel “thick enough.” She felt she needed to know more about the world and people.

She wanted to see a war zone.

“I had a sense that people [in war zones] are perfumes of themselves. That there is a distilling of life. I wanted to see what that was about."

Masha’s solution was to become a journalist. She reported nationally and for five years in Israel during the First Intifada as an AP correspondent. Then Masha lived in Moscow for five years, working with the LA Times and NBC Mutual Radio as Soviet communism collapsed.

Finally, Masha felt ready for fiction. She wrote her first novel set on the cusp of the ‘67 Arab-Israeli war, Staircase of a Thousand Steps, then followed it with a novel about a journalist in the Middle East, The Distance Between Us.

But the real world kept beckoning to her. While researching a new novel in Kenya (which became The Camel Bookmobile), Masha learned that a camel-borne library was in need of books. Sensing she could help, Masha called upon twenty or so of her writer friends to donate their books and called her project the Camel Book Drive. Several hundreds of authors, publishers, bloggers, and book-lovers have since donated.

Even more ambitiously, she created the Afghan Women’s Writing Project.

In 1999, Masha watched video footage of the Taliban executing a woman accused of killing her husband. Masha decided she wanted to hear from Afghan women themselves, so she traveled back and forth to Afghanistan, interviewing child brides, doing shiatsu on women in Wardak, and talking to women in prisons.

Years later, back in Brooklyn, Masha decided to teach an online creative writing class for Afghan women. Demand for the class skyrocketed. Masha’s kitchen-table idea evolved into the Afghan Women’s Writing Project. In the seven years since she founded it, Masha and other teachers have helped Afghan women publish close to 500 stories and poems.

And all along, she kept writing fiction, now working on her sixth novel.

To this day, Masha recalls a crossroads moment in Russia when she was still writing journalism. Masha says, “It was like my psyche was telling me, okay. We’re giving you stories. You can either write them, or not—but we’re going to stop giving you stories.”

Masha seized those stories, and opened the door for others.