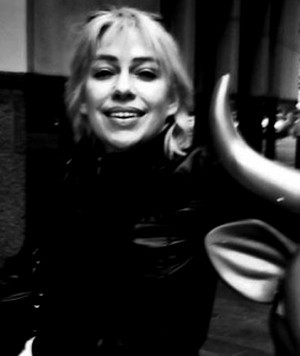 
Gotham teacher Max Adams has only one hard and fast rule for great screenwriting: don’t be boring. That and always use 12-point Courier font (and even that rule, she says, can be broken). If you were to follow Max’s example, you would learn another lesson about the screenwriting trade—be bold.

Originally, Max had planned to become a novelist but, by a happy accident, she decided to take a screenwriting class and fell in love with the genre. She then burst onto the scene by winning first place in two of the most prestigious screenplay competitions—the Nicholl Fellowships in Screenwriting and the Austin Film Festival’s feature screenwriting award.

Max now serves as a judge for the Nicholl Fellowships. She notes that over the years the scripts have gotten better and the competition stronger. However, it seems that one bothersome trend has not altered visibly; specifically, women still aren’t writing as many screenplays as men. According to Max, the submissions to the Nicholl are about 3 to 1, male to female. "I don’t know what that says," Max offers. "Maybe it’s a more masculine desire. Then again, you have an industry that’s skewed toward a masculine perspective." But Max makes a clear case for the need for female filmmakers—women are also consumers of film. In simple terms, behold the power of audiences for movies like Sex and the City or Twilight.

The Nicholl fellows have created "a family of sorts, a community." They meet regularly for lunch. Max says, "We talk about working, agents, jobs we’re doing, jobs we’re considering doing, people we’re working for, releases that are coming out, that sort of thing."

Being industry savvy is something Max knows a thing or two about. This year marks the ten-year anniversary of the publication of her book, The Screenwriter’s Survival Guide: Or, Guerilla Meeting Tactics and Other Acts of War. The book focuses on the business aspects of screenwriting, including such tidbits as what to wear to a meeting. The traditional "screenwriter’s uniform," Max says, "is a t-shirt, jeans, and a casual jacket thrown on top." She adds, "The illusion is that you are working at the computer, then throw on a jacket and head out the door to a meeting. I say illusion because writers are not actually that put together in front of the computer."

Max claims that new technology is an ally to the bold new screenwriter. "Editing and filming have become cheaper," Max says. "You can shoot stuff digitally and not spend an exorbitant amount of money on film." (As opposed to spending $1,000 per minute on film some ten to twenty years ago.) Technology has also enabled screenwriters to learn by doing. "Things may work on paper that don’t work on film," Max says. "It’s a lesson you don’t learn unless you go out there with a camera."

Max tries to impart what she’s learned to her students. She makes them aware of what they’re up against, but she’s also encouraging. "People break the gates everyday…break the mold, break new ground."

Most of all, Max advises confidence, saying, "Write like a pro if you want to be a pro."