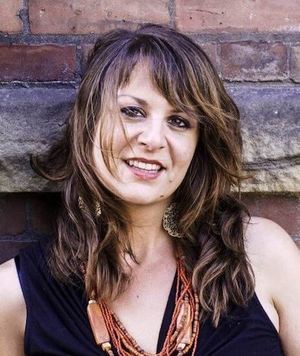 “I always felt really emotional, really saddened by the fact that you only get one small life,” says Gotham Fiction Writing teacher Megan Kruse. “Writing has been a way for me to grapple with that feeling, and explore other lives.”

Megan has spent the majority of her life on the western half of the United States. She was born and raised in Tulalip, Washington, a rural town on the road between Seattle and Canada. As a child she collected decrepit typewriters. “I was really an emotional kid,” she says. Her mother wrote Regency romance novels and encouraged Megan to write little books to help her cope. “Long before I had the tools of the craft, even when I was six or seven, I understood the concept that these stories could ameliorate your sense of smallness in the world.”

As soon as she was able, Megan was off in search of the greater world and a community of her own. “I left when I was 17 and thought I was never coming back,” she says. “I thought I was going to find this new perfect home.” She moved to Idaho, Oregon, Montana, Texas, and Minnesota before boomeranging back to Washington. She currently resides in Olympia, a small college town about an hour south of Seattle. “It’s one of those no place like home, ruby slippers kind of lessons that I should have learned a long time ago.”

It turned out that the community she was striving for existed in the Pacific Northwest. “Being a Western writer used to be about the terrain,” she says, “but that’s changing. I write about characters who haven’t had a voice in contemporary fiction. Queer characters, for instance, and characters whose lives have been shaped by violence.”

Her first novel Call Me Home, which was published last year, involves both of these topics. Megan’s interest in social change is no accident. She used to work in domestic violence intervention and now uses her fiction as a way to be part of this movement but in a new way. She writes with a purpose of “rendering a world we want to see in the future.”

Today, Megan’s day job is teacher. She teaches for Gotham and a low residency MFA program. This love of being a teacher and, in a sense, an editor, is a surprise for Megan. “I really like discerning what a student is trying to do on the page and help them get there,” she says, “It’s sort of like watching someone get glasses!”

Last year, Megan saw the publication of her first novel and won the National Book Awards “5 under 35” award, and while everything is on track for her, she knows what it’s like to have to wait for it. Her advice to her students: “It’s the act of writing and continuing to write that makes you a writer, not having something published,” she says. “Now that I look back on it I can’t believe how close I came to giving it all up. In hindsight it’s like you can keep getting better forever, you have this long life, but in my mind I was like, well, this is the end of the road.”

Clearly, there’s still a very long road ahead for Megan. A road that always returns to home.