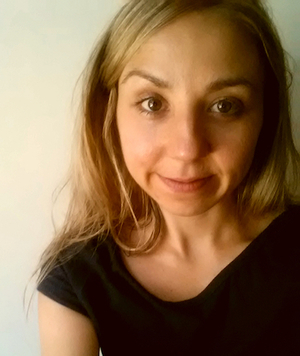 Two years ago, Gotham teacher Melissa Petro found herself the unwanted subject of newspaper headlines. She was forced to resign as a New York City public school teacher after she wrote an essay about her experiences as a former sex worker. Melissa was devastated because she loved her job, but, after the smoke cleared, she realized great things still lay ahead of her—she started teaching for Gotham and she discovered the transformative power of writing.

By writing about her experiences in the sex industry (for such places as Salon, The Rumpus, and The Daily Beast), Melissa has managed to open up a dialogue about a controversial and misunderstood profession. Most people understand that prostitution is the practice of exchanging sex for money. However, sex work is more broadly defined as work that involves some kind of sexual behavior (e.g., exotic dancing or pornography).

After writing extensively about her former occupation, Melissa feared that she might have exhausted all her personal stories. But new ones kept emerging. Just recently, Melissa wrote a piece about a teacher who once propositioned her for sex. At the time, she didn’t consider the encounter all that remarkable. It was only after reading an article about said teacher ten years later that Melissa realized the depth of the story. She finds this happens in her Memoir classes all the time. “You start with just two or three burning moments, stories that you have to tell,” Melissa says, pointing out that once students begin digging into their memories, they keep finding new stories to tell.

Currently Melissa is working on a book-length memoir entitled Unbecoming. As Melissa sees it, it’s a story about overcoming the shame from working in the sex industry. The title is a reference to both the charge made against her by former employer, the Department of Education (ie, “conduct unbecoming”) and the concept of “un-becoming” something, the shedding of a former life. She explains, “Until I was able to come to terms with my shame, I couldn’t make sense of my own experience and make the choices that were best for me.”

Melissa also believes that writing can inspire social awareness. She began interviewing sex workers in the US and abroad, eager to find narratives similar to her own. “By sharing knowledge,” she says, “we create community.” From an early age, Melissa was taught that sex workers are “unsafe people. Later, it became clear to her that this judgment stemmed from society’s cliched negative connotations of paying for sex. Instead of acknowledging that it was the sex itself that increased risk of disease or possible violence, Melissa found people placing blame on the monetary exchange.

Melissa recently began working for the Red Umbrella Project, an organization that provides advocacy and direct services to survivors of the sex industry. She believes Red Umbrella can improve the lives of many women by creating a safe space for them to share their stories. “With Red Umbrella I’m not just figuring out my own experience,” Melissa says, “I get to listen.”

Melissa credits Gotham for allowing her to continue her passion for teaching. She encourages her students to connect to their adversity, as she has done—to confront the obstacles that prevent them from reaching their goals. To paraphrase one of her students, Melissa says we only get a daily reprieve from trauma; we never really escape it.