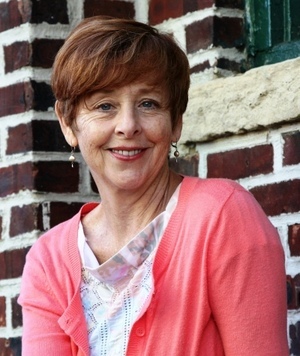 “Usually a story comes to me and it’s clear to me if it’s a novel or a memoir or a movie or TV show,” says Gotham’s Nelsie Spencer.

Nelsie teaches Humor, Character, and Creative Writing 101 for Gotham, but that doesn’t mean she hasn’t published a novel, written a one-woman show, performed her stand-up comedy, and seen her plays and screenplays produced... because she has. The common thread that runs through all of her work, though, is humor. “Sometimes there’s stuff that’s really dark,” Nelsie says, “but you laugh and kind of feel bad that you’re laughing at it. I like to walk that line.”

Growing up as a self-described rebellious, west coast, surfer-girl, WASP, with an artsy streak, a passion for dancing, and a “memoir-worthy adolescence,” Nelsie used humor as a survival tool. “I think what happens in a family when a divorce happens is it either blows apart or the kids get really close as a way of surviving,” which is what Nelsie says occurred with her brothers and her. “We make jokes about the darkest things.”

With her ambitions changing from dancing to acting, Nelsie moved to New York to study the Meisner technique. While waitressing and auditioning, she stumbled into writing a play with her best friend. The play was called My Heart Belongs to to Daddy, and Nelsie says that they came “pretty close to the dream with that one,” but the passing of their director kept it from going all the way.

With titles such as My Heart Belongs to Daddy and Day of the Dead Daddy, it’s clear that fathers play a key role in her writing. “My dad was in the mental health field, ironically, because I think he was pretty nuts,” Nelsie says. Working for him after high school in his “nuthouse,” which was basically a halfway home for the mentally ill, may not have been the best experience for Nelsie, but it was rich with material. “What is it?” Nelsie says. “In the land of the one-armed man, the two-armed man is king? So my dad. Because he wasn’t psychotic, he was definitely the king there.”

Her own family and children are another source of story inspiration, “Parenting I found to be this wonderful experience, yet this huge identity crisis ensues,” Nelsie says. “I spent so many years being an artist, and then you become displaced. In a way, you kind of look around the room and wonder where did I go?” Nelsie’s novel The Playgroup is based on her experience with that feeling, as well as sending her kids to a fancy Upper East Side school. (All of the juiciest stuff is made up, she promises.) “It was just the beginning of the era where you’re like ‘oh my god if my kid doesn’t get into a good preschool, they’re not going to get into a good college and become a heroin addict.’”

Nelsie has been coaching writers for years and loves it. “One of the things I love about teaching is giving a writing prompt exercise,” she says. “Everyone has the same prompt, yet everyone’s response is so different.” Her advice to her students is good advice for all: “You don’t have to worry that somebody’s already done that, because nobody has ever done your version.”

Besides writing and teaching, Nelsie has found her way back to performing. With a small part in the award winning indie film she co-wrote, Valley Inn, a couple of stand-up gigs in the city, and a one-woman show coming up, you’re sure to see Nelsie around.