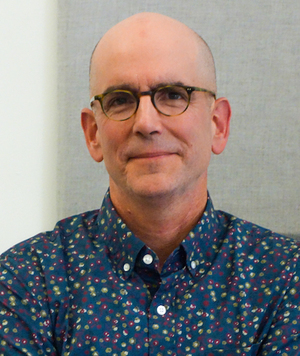 In 1982 Peter Finch “sort of fell into” business writing. He had just graduated from Stanford into a recession. He knew he wanted to write but the only job he could find was at a small newspaper in California working as a business journalist. In order to complete his assignments, with no experience in the field, he would go out and ask, as he says, “dumb questions” about how business works. “It turns out,” Peter says, the best way to learn about something is to write about it.”

That first out-of-college job led him to twenty-plus years of business and finance writing. After working at the newspaper, he landed a job at BusinessWeek and then moved up to SmartMoney, where he became the editor-in-chief. He interviewed all of the Wall Street bigwigs. “The ‘takeover’ crowd in the 80’s and the investment guru crowd in the ‘90s,” he says. He found writing about business to be exciting, but upon leaving SmartMoney he was ready to change gears. That change revealed itself at a magazine that had always been a favorite, Golf Digest, where he was hired as a writer and editor.

As an editor, he reaches out to big name writers. “Years ago,” Peter says, “I heard Christopher Hitchens was sort of a closet golfer. I connected with him and had him write a couple of pieces for us.” He’s also edited William Boyd, Mark Frost, and Jeffrey Toobin.

As a writer for Golf Digest, he writes a column called Golf and Taxes, and has interviewed the biggest-name golfers such as Arnold Palmer and Jack Nicklaus, and major golf course owners like Herb Kohler and Mike Keiser, oh, and President Elect Donald Trump. Of Trump, he says, “I don’t think I’ve ever met a person more eager to get publicity. You could call his office and leave a message and he’d call back within minutes.”

Peter himself loves to golf and a perk of his job is getting to play with some of his interviewees. “I had a fun interview with former Microsoft CEO Steve Ballmer, owner of the LA Clippers basketball team,” says Peter. “He’s a really colorful and almost disarmingly friendly guy. We played golf together outside Chattanooga and I wrote about it.”

Peter splits his time between Knoxville, TN and NYC. The move to Knoxville happened ten years ago when his wife, who is in the television business, got an amazing job opportunity down there. But now with the youngest of his three girls out of the house, that split has definitely tilted towards NYC.

In Tennessee, Peter was given the opportunity to teach a magazine writing class at a college. “They kind of energized me in a way that I hadn’t been energized in a while,” he says of his students. Upon spending more time in New York he found a job teaching Business Writing at Gotham. “I feel like the things you need to write better in a business setting are not that hard to learn, they just take someone showing you.” And he finds business writing fascinating, pointing out, “there’s a lot of drama, a lot of conflict, there’s a lot on the line.”