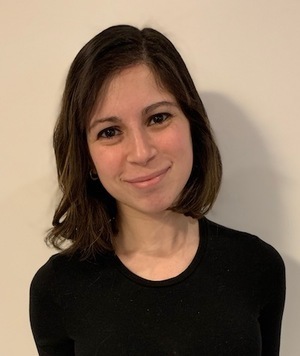 “Pickleball became a big pandemic pastime.” That’s what Gotham teacher Rachel Simon found, anyways. For Rachel—the Deputy Editor of Hello Giggles and a freelance writer for publications including the New York Times, Glamour, and Vulture—writing is about finding the unexpected connections. “The first story I wrote in the pandemic, which was for the New York Times, was about pickleball. When I published that piece, I had a ton of people reaching out and commenting on the article: ‘I thought it was just my family!’ and ‘I didn’t realize other people had been doing this recently.’ Then there were other people who started doing it once they read the article.”

“I always, always knew that I was a writer,” Rachel says. As a child, she wrote “definitely, really horrible books.” And in college—while she studied writing, literature, and publishing—an internship at Bustle helped her secure a full-time position with the company after graduation, writing celebrity profiles, trend pieces, and other feature articles. “I really found myself gravitating towards entertainment journalism in particular,” Rachel adds. “I had always been obsessed with magazines, read every single thing I could, and really liked that side of things, so that’s kind of what I focused on—at least at the beginning of my career.” From there, she went on to write for many other magazines and sites, and now teaches various forms of nonfiction for Gotham. But, all of it still comes back to finding these surprising, compelling narratives, no matter what genre they take.

“I knew I was good at nonfiction. ‘This is what I do. This is what I’m known for as a writer. I should stick to this,’” Rachel would tell herself. Her newest project, however, is a novel. “The biggest thing that I’ve learned is that you can’t stand in your own way. That’s life advice—but especially true with writing. You have to get out of your own way because if you’re telling yourself ‘I’m not this kind of writer,’ or ‘I’m not good at that stuff so why bother trying’ you’re pigeon-holing yourself before anyone even has. That’s so much of how I felt before I started writing fiction. I’m giving myself the freedom to try.”

For Rachel, though, finding new forms of writing has only shown her the shared principles of storytelling. “When we’re writing nonfiction we use so many of the same tools as fiction: scenes, dialogue, getting from Point A to Point B to Point C. Ultimately, it’s about creating a story that’s compelling, that’s going to keep people’s attention, that’s bringing them into your world—whatever that world may be.”

She adds that “Programs like Gotham—anywhere you can find a community of people who can not only give you criticism and feedback but help you grow as a writer and truly understand what you’re doing and support those visions and those goals—that’s not easy to find. Surrounding yourself with people—whether it’s through classes, workshops, or even just friends youmake—can make such a massive difference when you’re writing to not feel so discouraged and have that accountability instead of that feeling of solitude.”

As a teacher, Rachel is inspired by her students. “I love seeing their motivation and their commitment,” she says. Often, Rachel’s students don’t write in their professional lives, but they always push her towards one vital question: “Why am I not taking the same risks?”