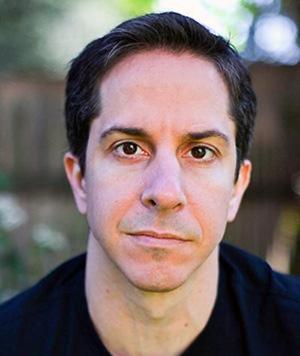 “I wrote a story about turkeys taking over the world,” says Robert Repino of one of the first he remembers writing. “I was, like, seven.”

It probably comes as no surprise to hear that now, thirty-ish years later, Robert teaches Science Fiction and Fantasy Writing for Gotham.

He blames his love of sci-fi on the 80’s. He grew up in the suburbs of Philadelphia and on Friday nights when he was young he and his brother were in charge of choosing movies for the family to watch. “We would watch all the goofy science fiction,” he recalls, “which probably warped my mind in ways I will never fully understand.”

At this time, Robert’s hobby was creating his own storylines starring superheroes, aliens and, let’s not forget, power-hungry turkeys. Although, to him writing wasn’t something he considered following as a career. “I didn’t know much about MFA programs,” he says. “I didn't know you could get a degree in writing.”

After graduating high school Robert decided to stay close to home and went to St. Joseph’s University to study history. “I didn’t really enjoy my undergrad experience,” he says. “I didn’t hang out there, I didn’t live there, my friends didn’t go there. It was more of a job that I went to.”

Robert always knew that he wanted to serve in some capacity and once he completed his undergrad degree he joined the Peace Corp. Before joining he had never been on an airplane. Robert’s options for service were Mongolia or the Caribbean. And so, he took his first plane ride to tropical Grenada, which is where he lived and worked for two years as a teacher at a vocation school, and where he discovered that he didn’t want to be a high school teacher.

Back in Pennsylvania, Robert started diving deep into two novels he was writing while he worked at St. Josephs University Press in the actual printing press. “Another job that I was not particularly good at,” he says. When he found out he had been accepted into Emerson College’s graduate program he was relieved. “I was like, yes, this is the next phase of my life.”

And so he moved to Boston to go to the MFA program, which appealed to Robert because it combined creative writing with the publishing side of the industry. This time around he loved school. “I was the guy who signed up for everything first. I was thrilled to be there,” he says. “You know grad school. The nerds are in charge.”

After completing his MFA, Robert immediately got a job as an editor at Oxford University Press in New York City, which is where, eleven years later, he still works today. In addition to being a history and religion editor in their reference department, he also coaches their softball team. “I don’t know if I could be one of those writers that just didn’t have a job other than writing,” he says. “I still wouldn’t start writing until 10 PM.”

And write at 10 PM he does. Robert’s short fiction has appeared in numerous literary journals including The Literary Review, Night Train, and The Coachella Review. Plus, he now has two published novels in his War With No Name series. And guess what these books are about. That’s right, animals taking over the world. This time not turkeys, but a talking cat and dog, which he based off of pets he had as a kid.

When Robert’s not working, writing, teaching for Gotham, or coaching sports teams (he coaches a charity touch football team for Zog Sports, as well), he’s probably sitting in a dark room, eyes glued to the big screen. “I must admit,” he says, “I still spend too much money on the stupid super-hero movies.”