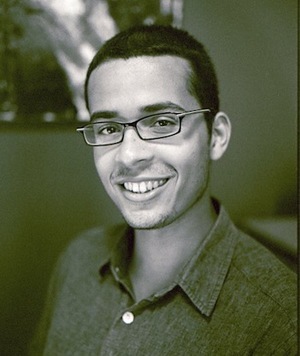 For Shamar Hill, being a writer started when he was 13, in a studio apartment in Brooklyn where he would close himself in the bathroom and write soap opera tele-novella stories, starring all of his school classmates.

“It was Beverly Hills 90210, but with my classmates,” he said. “During recess, all my classmates wanted to see what happened with their characters.”

It was around this time that he was starting to understand his love for writing, and what it meant to him.

Growing up reading the likes of James Baldwin, Shamar knew that writing was what he wanted to do. After going through high school writing “silly poems” and being the unpopular kid due to his fancy for reading the likes of Søren Kierkegaardand and Immanuel Kant, Shamar pursued fiction writing in his undergrad at the New School. Yet, while he had always wanted to be a writer, it wasn’t until he began his MFA program at NYU that he actually felt like he was a writer.

Shamar has found himself the recipient of numerous opportunities throughout his career as a writer, but for him, one of his proudest moments was when he realized that he had found the prowess to write poetry as well as fiction. “I felt like a horrible writer,” he said, regarding his start in poetry writing. “I had no idea what I was doing, but I kept trying, trying.”

It worked. Just one year after picking up the art, he was accepted into the Bread Loaf Writers Conference for his poetry, where he would end up sipping a gin and tonic and discussing hip-hop with one of his poetic influences, Terrance Hayes, all while understanding that he was headed in the right direction.

Along with successfully writing both prose and poetry, Shamar teaches both as well. And along with teaching in the standard classroom format, he can also be found teaching poetry at the Rikers Island Prison, which he finds tremendously gratifying.

“The students are very serious,” he said. “They asked me to teach iambic pentameter.”

But no matter who Shamar is teaching, his advice to any given writer is going to be the same advice that he had to teach himself—just keep trying.

“Writing is an endeavor,” he said. “You have to keep at it. The work is the most important thing.”