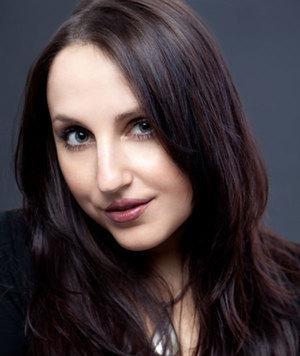 There is a trick to returning to one’s writing-in-progress that Gotham instructor Shari Goldhagen shares with her students: “Give yourself an hour a day—or two or four, whatever you can do—but don’t exceed that. If you do, you’ll be exhausted from it. You want to be excited.”

The time a writer spends thinking about their stories often, if not always, exceeds the time they spend writing it. Shari, who has published three novels—Some Other World, Maybe; Family and Other Accidents; and 100 Days of Cake—is at work on a fourth book that she has been writing (and thinking about) for fifteen years. “I don’t really know where it ends and where it began,” she says of the fictional world that has been brewing for over a decade. “One character stood out in my head—I wasn’t sure what the story was around him—but his central relationship to his family kept coming back to me and so finally I was like, What is this family?”

“So I’m not the quickest writer when it comes to my fiction,” Shari admits. On top of the novel, Shari is a freelance magazine writer and editor. She covers a broad range of subjects for single-issue publications, from women and marijuana to Wonder Woman, and she writes for magazines like Cosmopolitan and Penthouse. “That’s sort of the joy of being a freelance writer. You have that [variety.]”

Shari is somewhat bemused by her ability to crank out thousands of words a day for work. Deadlines help. “I essentially work more than full-time as a magazine writer and editor—that work always gets done, and always gets done on time!” she laughs.

When her Young Adult novel, 100 Days of Cake, was in development, the process was very different from the writing of her previous novels. “The book was sold before it was written,” Shari recounts. “It needed to be done in six months.” At the time, Shari was working full-time for a magazine, teaching at Gotham, mothering a new child, and doing promotional work for In Some Other World, Maybe. She finished the book on schedule.

Was it the deadline? Possibly. But Shari has another theory. “My adult novels all tend to have multiple point-of-view characters, including the novel I’m finishing now, and take place over long periods of time,” she says. “Whereas 100 Days of Cake has one character, it’s first person, it’s one summer—it has a much more confined timeframe and perspective.” Perhaps there is a synchronicity to note between sprawling, expansive stories and the time it takes to think them through and put them in writing.

“I like to think of things in manageable moments or episodes, even if I’m thinking of something as a novel,” she says. Her second novel, Family and Other Accidents, began as a short story. “I kept thinking about it,” she recalls, even after the story was published. She returned to the characters, “started playing with them,” and the short story eventually became a novel.

“Manageable moments” might also refer to Shari’s paced writing practice. Sometimes, when you have an entire day to write, she says, it can feel like too big a chunk of time, daunting. That’s one of the reasons Shari advises her students to pace themselves, to write in bursts, then pull away. And anyway, the story does not easily slip through the cracks. It lingers.