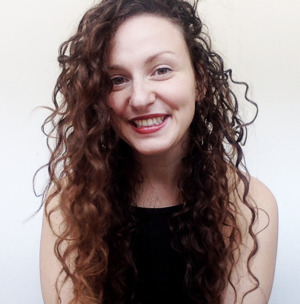 In first grade, those two loves intersected after a field trip to a farm. Once back in the classroom her teacher had the class turn their experiences of the day into a story. Steph read hers aloud. “The final sentence of my story was something like, ‘and I think it was funny how the horse pooped.’ And everyone in class laughed. I was like wow, look what I can do with writing. This is so cool.”

After that she wanted to write more and began collecting words. If she came across a word that she didn’t know she would have to stop, write it down, look up the definition, and then place it somewhere on her list. She had columns for parts of speech, number of syllables, and words she just really liked. “I just thought writing has the power to move people and I was a really quiet kid so that was my way to be part of that.” As she got older, her interests in writing only got stronger, as did her love of animals and she spent her free time writing fiction and cleaning crates, walking dogs, or tending to sick feral cats at a local shelter.

When it came time for college, Steph was at a crossroads. “I was always told by family members and people in passing, you want to make money, you want to get a good job after college.” A simple internet search of what jobs made the most money gave her the idea to pursue industrial organizational psychology. But on the day of class registration, she caved. “It was do-or-die. Business classes or creative writing. I was looking at it all and I was like I want to do creative writing. This is my life.”

At Roanoke College, Steph was in the honors program and outside of her regular course load and working in the writing lab, she took on as many extra unrequired classes as possible. One such class was Advanced Grammar and Style. This class became the guide for all the questions that had been bubbling up inside of her. “Where can you put an adverb and it will still be okay? How many different sentence rhythms can you accomplish and still be following the rules?” She took all that she learned from the class and applied it directly into her creative writing. “I was always attracted to prose or poetry that was unusual, that had some kind of rhythm that I hadn't encountered before. When I write I pay a lot of attention to the music of what I'm saying. This was teaching me the keys.”

Roanoke not only led Steph to a love of grammar, it also led her to Gotham. In her first fiction writing class the required text was Gotham’s Writing Fiction book. She was intrigued by Gotham and decided to spend the summer after her junior year interning there. “My job was to edit a course. I couldn’t believe it. It was like a dream.”

Steph graduated college with a degree in Creative Writing with a focus in poetry but not before she dabbled in graphic design, Russian, microbiology, Buddhism, and created a short film that starred a dog (from a local rescue of course). “He was adopted on the day of the premiere,” she adds proudly.

After college, Steph found herself at another fork. Should she work for an animal sanctuary or a writing school? In the end, she chose Gotham. She works as their Director of Contests and Conferences and as a Grammar teacher. She also recently founded Karuna Writer’s Residency at an animal sanctuary in Pennsylvania.

Today, Steph still collects words. Her current favorite? “Paradiddle, which is a simple drumming pattern,” she says and then adds, “I used to play the drums.”