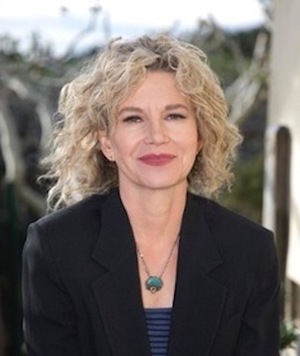 
Gotham Novel Writing teacher Tatjana Soli once remarked in an interview, "Writers, especially novelists, are almost required to have obsessions, the kind that last you for years and years." True to her word, Tatjana has been following one of her obsessions—the Vietnam War—since she was a child, and her obsession has led to The Lotus Eaters, one of the year’s most acclaimed novels, which tells the story of a female photojournalist during and after the war.

The seeds of Tatjana’s obsession were planted when her mother, an interpreter for NATO, had the opportunity to take a job in the US in the late 1960s. The family moved from Naples, Italy to Monterey, California, where Tatjana witnessed a "very emotional, fraught environment" due to the controversy over the Vietnam War. She observes that the war is still one of the "most contentious, misunderstood, and painful in our history."

As a teenager, Tatjana read a great deal of fiction to satisfy her curiosity and need for understanding about this war. Later, when she began writing about it, her reading switched to nonfiction—she read everything from the history of Indochina and French colonialism to Ho Chi Minh and the Vietnamese Diaspora. "I felt a real obligation to get the facts as accurately as I was able," Tatjana says, "in order to honor the people who had been there."

Ironically, it was not one particular story, but a photograph that inspired, at least in part, the story of The Lotus Eaters. The photograph was of a female combat-photographer named Dickey Chapelle who was killed by a mine in the early part of the Vietnam War. Tatjana liked the idea of making her main character, Helen, a photographer because it gave her "such a great excuse to go heavily into the visuals of the war, to make the readers see the colors, shapes of it."

Identity—whether in the form of gender or nationality—plays a large role in the novel. Tatjana wanted to write "a big adventure tale" with a main character that would not be "defined by her gender" and, of course, having that character make her way in a traditionally male-dominated territory, like war. She also notes that Helen sees the war as the "quintessential innocent, naïve American."

It took Tatjana roughly ten years to complete her novel, so when asked what advice she has to offer writers who struggle to complete a project, she says, "As impossible as it sounds, forget the impatience. Publishing moves at such a glacial pace, it is so uncertain, that if you can’t get your primary satisfaction from the work each day, you will pull your hair out."

In her Novel Writing classes, Tatjana advises students to think out a novel before "plunging in." "There is so much freedom with a novel, but with that freedom comes the possibility that you will end up with hundreds and hundreds of pages that don’t cohere into a work of art." A writer should ask him or herself, "Why do I want to tell this story? What important thing do I want to explore by writing this book?" Tatjana notes that a writer can spend years on a project, so "it’s a question worth answering in the beginning."

Tatjana has a second novel forthcoming next year. The main character is a ranching woman who lives on a citrus farm in contemporary Southern California, not far from where Tatjana currently resides. "Development is encroaching all around her," Tatjana says, "but she refuses to sell, move. Another character comes into the picture, and everything changes." This time, Tatjana doesn’t have to travel as far—at least, geographically—to reach one of her obsessions.