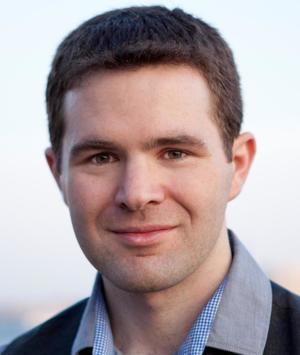 Tom Brennan teaches Gotham’s Comics & Graphic Novels One-day intensive, but much like Clark Kent/Superman, he embodies more than one identity. “What I’m teaching at Gotham is that comic books don’t always have to be about a superhero,” Tom says. “Action and adventure-themed stories defined the genre because they had great designs that allowed for the illusion of movement. But we can also make a compelling image of two people having coffee and reach a broader audience.”

After his first year as an editor at Marvel Comics, the only criticism Tom received was that he needed to improve his presentation skills. His boss suggested taking an acting/improv class and so, Tom enrolled in classes at New York hotspots like Upright Citizens’ Brigade (UCB) and soon bonded with a colleague he met during one of the shows.

They realized they were both political animals (his colleague having served as a speechwriter for Newt Gingrich), and decided to try out a twenty-minute improv show based on current news events. Their show, Electoral Dysfunction, became so successful that it became a weekly event at the Peoples Improv Theater (PIT) in New York City. “We’re popular with both liberals and conservatives,” Tom says. “The show attracts a great group of people, all from diverse backgrounds.”

“I was really proud when I came up with it [the name, Electoral Dysfunction],” Tom says. “But then I found out it was actually a book and documentary. Fortunately, the author came to our show and loved it!”

Having worked in the comic book industry for nearly a decade, Tom has seen many stereotypes shattered. For example, while he has edited popular series, such as the Avengers, X-Men, Wolverine, and Spider-Man, not every comic book features the classic superhero/villain trope. Now there are memoirs in the form of graphic novels like Alison Bechdel’s Fun Home. He finds that comic books serve the genre well. “Our memories are skewed. Things that were gigantic when you were a kid no longer are. Color, objects, locations, etc.—visually, everything changes.” Plus, Tom adds, “It’s terrific for the medium to get attention by people who might not have otherwise read comics.”

Fortunately, Tom has the opportunity to directly impact what’s published. After editing at Marvel for seven years, Tom went on to do a bit of freelance work. But once he got engaged, he decided to pursue a full-time gig again, this time at Valiant Entertainment (founded by two former Marvel Comics writers/editors). As an Associate Editor, one of Tom’s goals is to cultivate a new audience, and to change up and get creative, even on series that have built-in fan bases.

As he points out, “Comics are on the same rack as the National Inquirer—and sometimes, they get dismissed in the same way.”

When he’s not teaching or editing, Tom is at work “on some funny (but not offensive) marriage vows.”