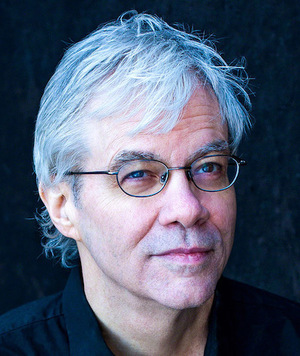 Gotham Songwriting teacher Tony Conniff has been playing the bass guitar since he was a teenager—when his band’s bass player got busted for smoking pot and his parents forced him to leave. Tony was “deputized” to take over. “It found me,” Tony says, soon finding a natural aptitude for bass guitar.

Tony is s self-taught musician, with a workshop here and a lesson there, which he acknowledges comes with both advantages and disadvantages. “I grew up in New York and made all of my mistakes in public—on the biggest stage in the world,” he says. “On the flip side, you learn in the pressure cooker that is New York, which is good. You can really test yourself.” And even without formal training, Tony has worked in multiple industries—theater, television, and film. Whether in the orchestra pit at a Broadway musical or scoring a special for A&E or a film, Tony has done it all.

To get involved in music in a larger way than “just being one of the musicians,” Tony fulfilled his ambition to become a producer. He and a friend started a production company, bought an eight-track recorder, and began recording themselves. Later, Tony got his own studio where he’s been playing, recording, and producing music for more than twenty years now.

As a freelance producer, Tony has worked with a variety of artists, including spoken word poet Alix Olson. He collaborated with her on the album Built Like That both as a producer and songwriter. Known for her outspoken and uncompromising political beliefs, Olson is sometimes perceived as an “angry” artist, but Tony calls her one of the sweetest people he’s ever met. In fact, Tony once said he hoped his daughter would grow up to be like her. “And in a weird way, it worked out,” he says. “My daughter is actually a socially conscious person and works as a social worker.”

The one downside of producing? “I’m behind the curtain, so I don’t usually get to see the effects music has on people,” Tony says.

In 2001, Tony started teaching at Gotham. “One of my fears was that old saying, ‘those who can’t do, teach’ would come true for me,” Tony says. “But I discovered it was the exact opposite. I found that teaching brought me closer to my own work. It’s been great to work with other people. It’s like an enhancer.”

In the classroom, Tony encourages his students to find their voices. “I’m not a voice teacher, don’t get me wrong,” he says. “But the singing is part of songwriting.” His goal is to create a safe space for students not only to write, but to perform their songs—even if it’s just humming. “You have to think musically, even if you never sing the song yourself,” Tony says. “There’s a lot of freedom in a song, but there’s also a lot of discipline.” (And to his credit, many of Tony’s students who claimed they weren’t good singers are now singing in clubs and releasing music.)

Teaching also affected Tony on a personal level during the aftermath of 9/11. He lived only a couple hundred feet away from the World Trade Center at the time and as a result, his apartment was rendered uninhabitable. He found himself homeless, but several Gotham teachers banded together and took Tony in until he got temporary housing. “That’s when I realized Gotham was also a community,” Tony says. “Not just a school.”