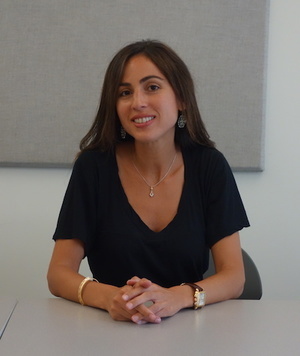 Growing up, Gotham Fiction instructor Zaina Arafat didn’t know that she was allowed to write fiction. As a first generation Arab-American living in a suburb of politically-charged D.C., she thought she was predestined to become an international reporter. “My parents are immigrants and we’re from a part of the world that’s so contentious and has so many stories that I didn’t even think about telling stories that were imaginative,” she says.

After graduating high school, Zaina began an undergrad program as a dual Foreign Affairs and Philosophy major and then went on to receive her master’s degree in International Media and Communications at Columbia. The plan: “write long form pieces in far flung places.” And she did. During this time she traveled to Jordan, Palestine, Beirut, and Israel (to name a few) to write pieces that would end up in NPR, The Washington Post, and the Huffington Post, among others.

At this point, the stories Zaina found herself typing started a sort of genre metamorphosis. International journalism pieces turned into cultural essays, cultural essays shifted towards personal essays. “Once I discovered that this was an avenue that I could pursue I got so into it,” she says.

Her newfound interest in writing creatively led Zaina to take a Memoir class at Gotham, in 2010, with longtime instructor Shahnaz Habib. Before enrolling in the Gotham class Zaina had applied as a Nonfiction-Writing candidate to the masters program at the University of Iowa, but she wasn’t convinced that if a spot were offered to her she would actually leave NYC for this new path. “I found out that I got in while I was in Shahnaz’s class,” she recalls, “and she’s what really convinced me to go. She was just such a great teacher and so encouraging and I just loved being in class.”

While in Iowa, Zaina sat down and began to write fiction for the first time. “Fiction allows you to take every fantasy or every almost-situation and make it happen.” The first fiction piece she wrote was about an affair. “I recall it being incredibly fun and liberating to write it,” she says.

When asked what she likes to write more, she admits the pros and cons of fiction. “It’s less intimate and less scary to put out there, but writing a good short story can be harder than writing a good essay or a good reported piece. It’s the form that’s really hard to tackle.” She believes that anyone who persists with his or her writing will likely see some success. But Zaina’s success hasn’t come by chance. When she’s not writing she’s thinking about writing. “This sounds silly but I feel like I’m always trying to write.”

Today, Zaina writes both nonfiction and fiction pieces and teaches Fiction for Gotham. With the changes in genre, her love of travel hasn’t diminished. “I travel somewhere our of either necessity or curiosity, and end up writing a story set in that place a month or even years later.” She is currently at work on a hybrid novel “about a Palestinian-American woman who struggles with love addiction and bisexuality against the backdrop of Arab-Muslim culture.” She says that a lot of it is fiction and a lot of it is memoir. “I hate having to figure out what [genre] it fits into.”

Luckily Zaina has found a niche for herself, blurring the boundaries of fiction and nonfiction and creating a nomadic genre that is entirely her own.