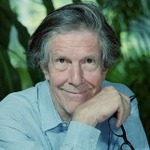 John Cage was an avant-garde composer whose work has left a lasting influence on contemporary music. (Thom York of Radiohead calls Cage one of his all-time heroes.) Cage's work included such experimentation as using a prepared piano (meaning objects are placed inside the piano to alter the sound) and a composition called 433, in which the musicians make no sounds at all for four minutes and thirty-three seconds.

RULE ONE: Find a place you trust, and then try trusting it for awhile.

RULE THREE: General duties of a teacherpull everything out of your students.

RULE FOUR: Consider everything an experiment.

RULE SIX: Nothing is a mistake. There's no win and no fail, there's only make.

RULE SEVEN: The only rule is work. If you work it will lead to something. It's the people who do all of the work all of the time who eventually catch on to things.

RULE EIGHT: Dont try to create and analyze at the same time. They're different processes.

RULE NINE: Be happy whenever you can manage it. Enjoy yourself. It's lighter than you think.

RULE TEN: We're breaking all the rules. Even our own rules. And how do we do that? By leaving plenty of room for X quantities.

HINTS: Always be around. Come or go to everything. Always go to classes. Read anything you can get your hands on. Look at movies carefully, often. Save everythingit might come in handy later.

From Corita Kent's book Learning by Heart: Teachings to Free the Creative Spirit.