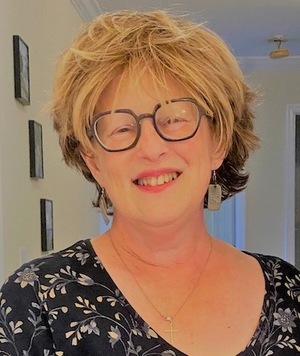 There aren’t many creative writing journeys that hinge on a master’s degree in Russian economics, but that is exactly where the career of Susan Breen began.

“My dream was to get a job at TIME magazine in Russia,” she said. And for the most part, she succeeded, landing a post at Fortune, writing about mining in Russia. While it had never occurred to Susan to write a novel, it was during her time at Fortune that she realized everyone around her was doing just that.

“I mean everybody,” she emphasized.

But it wasn’t until her post-Fortune days, when she was out of the office life, working full-time as a mother, that she found her own introduction into the world of fiction through the likes of Edith Wharton and V.S. Pritchett, the latter of whom taught her that it was possible to write a story about ordinary people. She took this to heart, and found homes for her own short stories at such places as the Nebraska Review and Best American Nonrequired Reading.

But after 10 years, Susan felt as though she had said all she could through short story writing. She felt it was time to move on to novel writing, and found the final push in Moby-Dick.

Years of novel writing finally broke through with her first published novel, The Fiction Class, based on her short story of the same name and inspired by her time teaching Fiction Writing at Gotham. When the copies of the book arrived, it occurred to Susan that she was “actually successful.” This point was driven home when she saw the book on its own table at Barnes & Noble, as well as at Target as their ‘Book of the Month.’

“It was remarkable to me how you can struggle and do something for so long, and then it happens,” she said. “Things can change so suddenly. Which is part of the fun of this business.”

The success didn’t stop there, as she has gone on to establish her own mystery series, the Maggie Dove series, about a former Sunday School teacher turned detective. While Susan never considered herself a mystery writer, she did realize, in telling the story of Maggie Dove, that she was the perfect person to be one.

“I have this orderly view of the world, and a mystery is a disruption of order,” she said. “Maggie Dove is somebody who is trying to restore order to the world. It’s the perfect thing for me to write.

“It’s funny,” she added “How you wind up where you should be.”