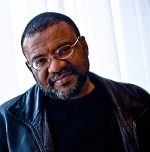 Kwame Dawes is the author of books of poetry such as Wheels.

To be honest, I do not believe in "writer's block." I think writers block is something writers invented to blame something other than the lack of things to say for our failure to write. With that attitude, you should be able to discern that my approach to the problem of not being able to write when I want to write is to remove the obstacle preventing me from doing so and just write. But I also believe that if I have nothing to say, I should just be quiet. For me, there is always something I need to work on, and so there is always work to be done. Because I regard writing as a craft, I try to relate to it as a carpenter might relate to carpentry. If a carpenter was hired to make a table, I can't imagine the carpenter complaining about carpenter's block. It seems important to accept that sometimes ideas take a while to become well-formed in our minds—while that process is taking place, I tend to try to "keep my hand in" by writing and reading, so that when the idea comes I will be ready. I don't use the term "writer's block." I don't buy it.

Responding to art—paintings, sculptures, etc. Writing poems in response to other poems on the white space in a book of poems. Inventing a form and then writing poems in that form for as long as I can stand it. A crown of sonnets. Challenging my language by trying to describe simple but quite difficult things: a taste, a smell, and feeling, in language that is precise and effective.

Peter Brook writing about the Holy Theatre—The Theatre of the Invisible Made Visible. The idea of the imagination's capacity to turn such a remarkable spiritual concept into a physical living and breathing thing like the body of actors on the stage excited me about possibility, about language and about the power of our art.
Subscribe to our email list Explore Our Classes