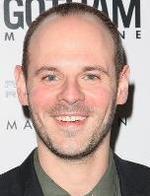 Lee Ellenberg is the author of the many jokes seen on television shows including The Late Show with David Letterman.

When I'm writing for the Late Show, there's, literally, no time for writer's block. And I actually enjoy that about this job. Oftentimes, jokes or ideas are needed within five minutes, so there's not a lot of time to think about what you're going to write. Of course, that almost never leads to a good product (I mean, have you seen the show?). But it has been a valuable conditioning process. To be honest, those moments when something is needed within minutes are very stress-free for me. I figure, if they want something in 120 seconds, they're not expecting me to come up with something brilliant (Once again, if you've seen the show, you'll know what I'm talking about). It's when I have all the time in the world to write something that I feel most anxious. Because then I have no excuse.

When I'm writing something long-form on my own and I reach a block, I rarely try to fight through it. I walk away from the computer and do not return until I know what I want to say. I just read a great profile on the biographer Robert Caro, who said the most valuable piece of advice he ever received was "Don't think with your fingers." It's absolutely true. When I'm at the keyboard, I'm basically typing, as opposed to writing. I'm typing what I've come up with while doing things away from the keyboard, like going for a walk or taking a shower. Sorry for the disgusting imagery.

The pieces of advice that meant most to me may sound like bullshit, shopworn cliches, but they have been very helpful to me. The piece of advice I mentioned earlier is my main guiding principle. In the Caro profile, he also quotes another bit of advice I have always loved, which was originally attributed to Hemingway: always quit for the day when you know what the next sentence is. Makes heading back to the keyboard the following day not as daunting. The thing that makes me laugh about writers is almost every one of them that I know will do ANYTHING to NOT write. Any excuse will do. There's that great Dorothy Parker quote: "I hate writing. I love having written." Incidentally, don't let all these quotes fool you. I am not that well-read. I read mostly Stephen King books about crazy-ass dogs that chew people's faces off. What I'm saying is, writing is hard, so anything you can do to make the process a shade more bearable, the better.

Another piece of advice: years ago, a friend of mine, who is an experienced writer, told me that "writers write." I paid it no mind because it sounded stupid, but it now makes perfect sense to me. The talent for writing is a muscle and it needs to be developed. Write everyday and you'll get better even if you’re not trying to. Don't be one of those people who prefers talking about writing. And even though writers may look for excuses to not write, in the end, they do it.

And, finally, in Stephen King's On Writing, which is really terrific, he says after he has completed something, he sticks it in a drawer and forgets about it for a while. This way, when he returns to it, he has forgotten every single turn of phrase and comma and the material seems somewhat fresh to him. This, in turn, gives him a clearer sense of what needs to be cut, shortened, whatever. It works well.
Subscribe to our email list Explore Our Classes