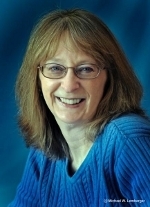 Leigh Michaels is the author of romance novels such as Gentleman in Waiting and Return to Amberley.

When I find myself checking the clock every two minutes to see if it’s lunchtime yet, or when I’m playing my umpteenth game of solitaire instead of writing the next scene, it’s nearly always one of two reasons. The first one is that I’ve made a bad move—I’ve let a character say or do something that he or she wouldn’t, or I’ve rushed the action, or I’ve made a character think when he should have acted, or otherwise taken a wrong turn. Odds are when I back up and read the last two or three pages, I find that spot, and as soon as I get it fixed, the story starts to flow again. If that doesn’t do it, then I check out reason #2—which is that I simply don’t know what comes next in the story, so I’m spinning my wheels instead of moving on. If that’s the case, I break out a little worksheet called Twenty Things That Could Happen in This Chapter/Scene, and I start making my list. The first fifteen things I think of are pretty much guaranteed to be clichés, but by the time I get to twenty, I’m starting to think creatively and originally and in sync with what these characters would say or do.

I love stopping for the day at the end of a scene or a chapter. It’s so satisfying to have finished something, to have that lovely last line ringing in my head as I go on to all the other minutia involved in a writing career. But much as I love writing that last line and then stopping, I try never to do it— because I find it’s fatal to the next day’s work. Starting up the computer to face a blank screen is the best way to send me off into writer’s block. So when I’ve finished that lovely scene and polished that last line, I move on and spend the next ten or fifteen minutes blocking out what comes next. I pay no attention to grammar or punctuation or attribution or finding the right word—I just get down the rough outlines of the next conversation, or the next action. Then when I start writing again, I have something to work with. By the time my rough section is fleshed out and polished up, I’m back into the story and the characters, and I am more easily able to maintain a consistent tone throughout an entire long book.

“Never believe your own PR." — Jacqui Bianchi, Editorial Director of what’s now Harlequin Mills & Boon. Jacqui was my first editor and she was a published author herself. While there’s nothing wrong with being proud of our achievements, no matter how great a review was or how many copies a book sold, an author is only as good as her next book. Getting a big head, or starting to think that we’ve learned it all, has been fatal to many an otherwise promising career.
Subscribe to our email list Explore Our Classes