Edgar Allan Poe: 5 Essentials for the Betterment of a Story 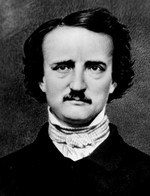 Edgar Allan Poe penned immortal poems, such as “The Raven" and “Annabel Lee," and unforgettable tales of psychological horror, such as “The Tell-Tale Heart," “The Masque of Red Death," The Cask of Amontillado," and “The Fall of the House of Usher." He was also a prominent literary critic and essayist, as well as the inventor of the detective story.

In a recently-found treatise, he set down the following advice for bettering a story: *

*Poe didn't really compose this advice, but, as he was fond of a good hoax, we hope he would be pleased by this affectionate charade.