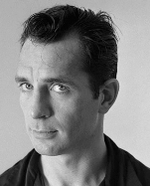 Jack Kerouac was one of those writers who reinvented literature. He climbed in James Joyce's stream of consciousness car then careened down the streets of Beat poetry and the alleyways of Bebop jazz, creating such novels as The Dharma Bums, Big Sur, and the landmark On the Road. He influenced countless writers and, some say, helped usher in the 1960s counter-culture movement.

Fellow writers were always asking Kerouac how he did what he did. So Kerouac set down 30 essentials in something he called “Belief and Technique for Modern Prose." These tips may or may not make sense to you, but that's Kerouac, man: